Top Posts
24 Things That Will Make You Laugh (Even...
How To Deal With Bitter People
Having Family Problems? Here’s How To Fix Them
20 Easy Ways to Protect the Environment and...
5 Surprising Benefits of Training Your Glutes
5 Reasons Warm Weather is Good For Your...
The Importance Of Being Grateful
QUIZ: What Workout Are You?
8 Ways To Have A Super Relaxing Weekend
The Link Between Chronic Pain and Anxiety
You are Here: Inspiyr > WORLD & ENVIRONMENT > The Problem with High Fructose Corn Syrup

The next time you head down to the local convenience store to buy a can of soda you may need to have your driver’s license handy. 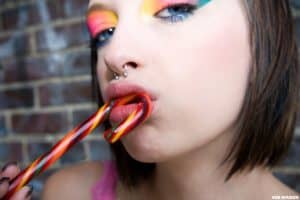 In recent months there has been a movement to make sugar – in particular high fructose corn syrup (HFCS) – a controlled substance, similar to alcohol and tobacco. This movement gained the attention of the public, and momentum, after an article written by scientists Robert Lustig, Laura Schmidt and Claire Brindis titled “The Toxic Truth About Sugar” was published in Nature magazine. These scientists cited the numerous health risks associated with the consumption of HFCS as the main reason that the government needs to step in and control its use.
Here are just a few of the health problems commonly associated with excessive HFCS consumption:

HCFS causes all of these issues and more, but the real question is what should we do about it? Treating HFCS as a controlled substance just may be the best option. When consumed responsibly the damage from HFCS can be minimized, but children and young adults often lack the ability to control their consumption. Making HFCS a controlled substance can help those who don’t have the willpower or freedom to help themselves.

One of the most compelling arguments for controlling the use of HFCS is the recent spike in childhood obesity around the world. According to the World Health Organization, an estimated 43 million children across the world are obese or overweight, and 92 million are at risk. Limiting the use of HFCS could help combat this alarming trend.

Although the problems associated with HFCS consumption are serious, some argue that making it a controlled substance imposes on our freedom, and the better solution is for people to simply avoid HFCS if they are concerned. According to Dr. Jacob Teitelbaum, author of Beat Sugar Addiction Now, “Though excess sugar can be toxic, I find the government’s attempts to protect people by adding more laws and regulations to be even more toxic – and generally ineffective. I prefer educating people ( of all ages) so they can make informed choices.”

Leaving the choice up to consumers is not without its challenges, though. Organic food and HFCS alternatives often cost far more than their HFCS laden counterparts, and many people cannot afford that additional cost. Food companies could use alternatives to HFCS in their products but they have no motivation to do so. HFCS is cheap, and people are already addicted to it. So, why would food companies change their products unless HFCS becomes a controlled substance by government regulations?

There is hope. New alternatives such as Stevia are natural and far healthier and could take the place of HFCS in most of the products produced. In order for this to happen, consumers need to speak with their wallets and avoid foods packed with HFCS. This would result in food companies producing the same quality of food without the problems caused by the use of HFCS.

The argument for treating HFCS as a controlled substance is just starting to gain momentum and there are merits to both sides of the argument. What do you think – should the government control HFCS, or should we leave the responsibility to individuals?

3 Steps to Write Your Resume