Top Posts
24 Things That Will Make You Laugh (Even...
How To Deal With Bitter People
Having Family Problems? Here’s How To Fix Them
20 Easy Ways to Protect the Environment and...
5 Surprising Benefits of Training Your Glutes
5 Reasons Warm Weather is Good For Your...
8 Ways To Have A Super Relaxing Weekend
The Importance Of Being Grateful
QUIZ: What Workout Are You?
7 Healing Foods That Boost Metabolism
You are Here: Inspiyr > GET HEALTHY > Spider Bites, Bee Stings, and Other Strange Medicines

Strange Medicine: Try Them if You Dare!

Mankind will go to incredible lengths for the sake of good health. From acupuncture to aromatherapy, we’ve tried nearly everything to rid us of our everyday aches and pains – and sometimes, we turn to other members of the animal kingdom for help. Scientists and therapists have developed dozens of strange but often effective remedies involving the bites, stings, and venoms of other animals. From spiders and leeches to boa constrictors, it seems that the deadlier it is, the better it is for you. But while these animal-based treatments are often backed by solid scientific data, age-old fears over insects and other creepy-crawlies are likely to keep these treatments on the outskirts of traditional medicine for a long time. Clever, creepy, or just plain gross? That’s for you to decide. 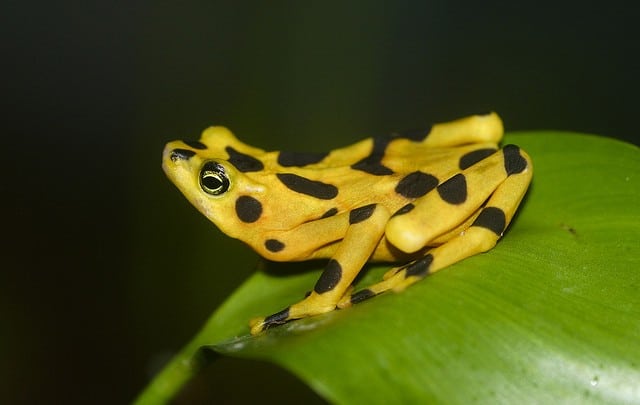 Also known as “biodebridement,” this treatment is a cheap and effective (if somewhat revolting) alternative to antibiotics. If a patient has a severe infection that isn’t responding to traditional medicines, doctors may apply a mass of maggots directly to the wound; the maggots eat infected and necrotizing tissue, leaving only healthy flesh. So, what’s keeping maggots off the prescription pad? At less than $100 per treatment, most insurance companies consider maggot therapy unprofitable, and would usually prefer to push expensive surgeries and antibiotics. Squeamishness might also be a factor.

Have you ever found yourself wondering, “How can deadly spiders improve my love life?” If so, the answer to your question might have finally arrived. The Brazilian wandering spider packs some of the most potent venom on the planet, which can cause death within 4 hours if left untreated. Side effects include fever, paralysis, and, oddly enough, powerful erections. Scientists may be able to use this venom to treat erectile dysfunction and increase both male and female sex drives – but until then, please don’t swap your Viagra for killer spiders.

Leeches have actually been a common medical treatment since ancient times, even if popular opinion hasn’t quite caught up with them. Their special saliva promotes blood flow and prevents clotting, which has a number of useful applications. It can treat certain diseases and circulation disorders, and might also help doctors with organ transplants. Leeches have also found their way into health spas, since their bloodsucking powers can supposedly reduce wrinkles and other signs of aging.

Bee venom therapy, or “apitherapy,” is a folk medicine phenomenon with thousands of followers worldwide, despite a lack of solid scientific data to support it. Its official website, Apitherapy.com, prescribes bee stings for over 500 different medical disorders – a bold (and somewhat suspicious) claim, to be sure. Supporters argue that the inflammation caused by bee venom is especially effective against muscular disorders like MS and arthritis – just be sure that you’re not allergic to bee stings, or the side effects could be deadly.

This ultimate strange medicine treatment, which can cost upwards of $80, is a lot like a regular spa treatment – but with snakes. Practitioners of snake therapy insist that, despite their lack of hands, the reptiles are natural masseuses due to their gentle movement and moist, smooth skin. A snake therapy session can provide you with a relaxing sensual massage; it might also help you overcome your reptile phobia, assuming you aren’t comfortable with the thought of snakes wriggling across your naked body. At least these ones aren’t venomous.

11 Quotes Lance Armstrong Should Have Lived By

Chris Kyle: An American Legend, Stolen from Us All