Top Posts
24 Things That Will Make You Laugh (Even...
How To Deal With Bitter People
Having Family Problems? Here’s How To Fix Them
20 Easy Ways to Protect the Environment and...
5 Surprising Benefits of Training Your Glutes
5 Reasons Warm Weather is Good For Your...
8 Ways To Have A Super Relaxing Weekend
The Importance Of Being Grateful
QUIZ: What Workout Are You?
7 Healing Foods That Boost Metabolism
You are Here: Inspiyr > GET MOTIVATED > How to Stop Thinking Small

How to Stop Thinking Small

Thinking small is no good!

You know someone who thinks small. You probably know hundreds of people who think small. Maybe you have been a victim of thinking small from time to time. 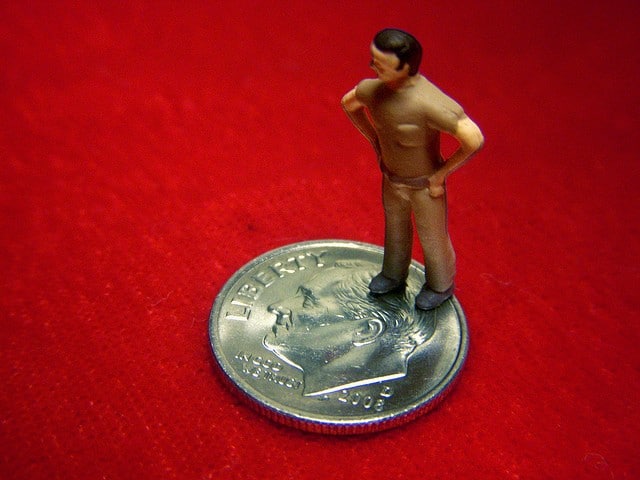 The Problem With Thinking Small

Living your dream is the prize. Making an impact on others and a difference in the world are the prizes. Having a rich life filled with love, happiness, friends, adventures and wealth are the prizes.

Related Article: How to Achieve Your Goals

Nothing great was ever achieved by small thinking. You never hear about manufacturing plant employee 4549 who works the graveyard shift, eats at the luncheonette every day, and dreams of writing a book – but never does.

You never hear about the guy who opens up a hamburger joint and is the cook, cashier, and dishwasher.

We don’t hear about the talented high school athlete who doesn’t get into college because he or she didn’t work as hard on their grades as they did on the court.

The people we hear about are the Danielle Steels, the Ray Kroc, and the Venus Williams of the world. We hear about the people with big dreams who take big actions to make life happen on their terms. These are the people who inspire us.

There is nothing wrong with thinking small if that is what you want – but I’d bet that if you look deep inside yourself, you’ll realize you want more. I haven’t met many people who choose and enjoy small. Most people justify it.

Why You Need to Dream Big!

When you were a child you would lay on the grass, look up at the white clouds against the deep blue sky, and dream. One day you were going to be a doctor, a professional baseball player, then a firefighter, and then you would become an astronaut. Everything was possible because it was your dream and you could make it come true.

The greatest of mankind’s accomplishments have been built on big dreams. Not just any dream, but BIG DREAMS!

The Power of Dreaming Big

The most notable accomplishments in history were so big that the ideas were considered impossible. The automobile, plane flight, color television, personal computer, walk on the moon, women’s suffrage, equal rights, and the first black United States President are just a few of the spectacular realities sparked by a dream. You can Google it and read it on Wikipedia to see if it is true. The most unbelievable dream at the time and one of the most amazing dreams in history was a man who said, “I have a dream.”

America was discovered and then built by the biggest dreamers.

How could you get a ship full of men and a Queen to fund a voyage that on every previous attempt everyone else had failed at or died on if you didn’t have an amazing dream?

Ever since that first ship touched these shores, America has spawned countless dreams. What was once science fiction is now a reality. Surgery by robots and cameras that you swallow were once thought ludicrous. People risk their lives every day just to come to the United States for the opportunity to make their dreams come true.

Related Article: The Power of “Yes”

Big dreams – I mean really, really big audacious dreams – are endangered. They are at risk of becoming extinct. They will disappear like the dinosaurs and the rain forests if we keep subscribing to the ridiculous social constructs “to have a realistic goal” that we were taught as children. We are even taught to have achievable and measurable goals in business today. We are destined for mediocrity and losing our place as the land of opportunity if we continue to see mediocrity as acceptable.

In the 1940s – 1960s we were taught to go out and accomplish the American dream. Get a job with IBM or the Big Three, work hard, buy a house with a picket fence, settle down and have 2.4 children. That was a great dream then. That American dream is now dead! That American dream no longer exists. It has been gone for decades, but nobody is talking about it.

The big corporations are constantly outsourcing and restructuring. Schools are handcuffed by budgets and government regulations. And we are in a new economy. We grew too big and now we adjusted. Blaming the last administration or blaming the current administration is not going to help. 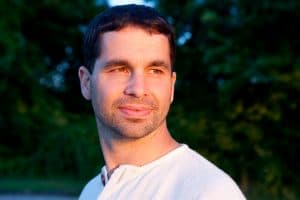 Croix Sather is an internationally known author and speaker in the field of personal transformation and the psychology of success. He is most well-known for his 2011 RUN ACROSS AMERICA inspirational speaking tour and as the author of Dream Big Act Big. He is also the world record holder in the Death Valley Badwater Solo Self-Contained Crossing Ultra-marathon.

The Health Benefits of Honey: 10 Reasons Why Winnie-The-Pooh Is Totally Right

How to Overcome Insecurity

It would be nice if you could give specific examples of small vs big thinking. Don’t get me wrong I totally agree and believe in the power of dreaming about how we want things to be, not in the way things can realistically be considering all the current constraints.