Top Posts
24 Things That Will Make You Laugh (Even...
How To Deal With Bitter People
20 Easy Ways to Protect the Environment and...
Having Family Problems? Here’s How To Fix Them
5 Surprising Benefits of Training Your Glutes
5 Reasons Warm Weather is Good For Your...
The Importance Of Being Grateful
QUIZ: What Workout Are You?
8 Ways To Have A Super Relaxing Weekend
The Link Between Chronic Pain and Anxiety
You are Here: Inspiyr > Steve Siebold 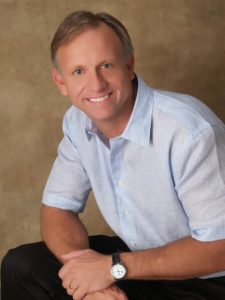 Steve Siebold, CSP, is one of the world’s foremost experts in the field of critical thinking and mental toughness training. He is the author of seven books, two of which are international bestsellers and have been called the gold standard in the field of psychological performance training.

A former professional athlete (Top 500 tennis player in the world), Siebold could never understand why on some days he could triumph over the world’s top-ranked players, and other days would lose miserably.  He started studying the mental aspects of performance, to better understand the thoughts, beliefs, philosophies and actions of world-class performers.

After his professional tennis days were over, he continued studying mental toughness and for the past 20 years has worked with Fortune 500 sales and management teams, professional athletes, entrepreneurs and other super achiever to improve performance.

Steve’s clients include Fortune 500 companies such as Johnson & Johnson, Toyota, Procter & Gamble and GlaxoSmithKline, as well as thousands of direct salespeople in 10 countries worldwide.

Steve has been featured on NBC’s Today Show, Good Morning America, Fox Business, BBC Television, The 7 Network Australia, CBS News, and hundreds of other television, radio, newspaper, magazine and online sites around the globe.  His books, videos and audio programs have been sold in 30 countries around the world.