Top Posts
24 Things That Will Make You Laugh (Even...
How To Deal With Bitter People
Having Family Problems? Here’s How To Fix Them
20 Easy Ways to Protect the Environment and...
5 Surprising Benefits of Training Your Glutes
5 Reasons Warm Weather is Good For Your...
8 Ways To Have A Super Relaxing Weekend
The Importance Of Being Grateful
QUIZ: What Workout Are You?
7 Healing Foods That Boost Metabolism
You are Here: Inspiyr > GET HAPPY > How to Start Over After a Loss

How to Start Over After a Loss

Even though I knew that day would come, I was still not prepared for it.

How can you ever be prepared to experience losing someone you love?

How many days, months, years, do you need to prepare for someone to be completely removed from your life.

You see… they vanish.

On that day I lost my husband of eight years to colon cancer, after he fought a three and a half year battle.

Time literally stopped in that moment.

It was almost as if I was thrown out of our world forever.

It was as if I had died with him. 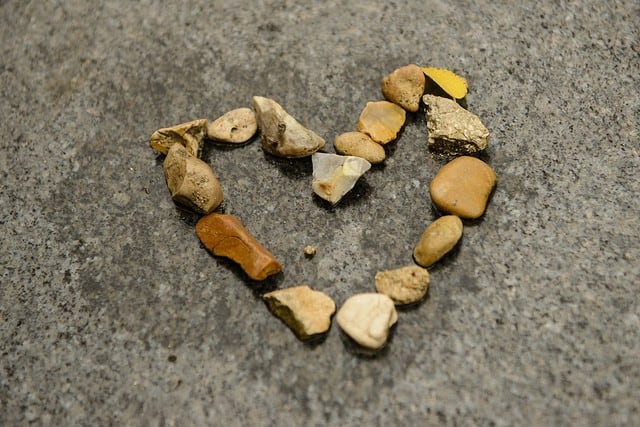 What I did not know then was this: my new life had nothing to do with the old one.

My life as I knew it was gone forever, but I was left to discover that all by myself. Nobody mentioned that I would have to fight much harder for life to come back. Nobody said that I would have to lose relationships, people and the day to day things that I took for granted before. I didn’t just lose him on that day. I lost everything.

At first it was as if nothing could make me feel better. Nobody could say the right words. Nobody could do anything to mend my broken heart. Honestly I thought I would hurt like this forever.

But one day a year and a half in my journey something unexpected happen that shifted and changed everything. You will be surprised to hear that my life changed by a small decision I made and it changed the course of everything:

My Journey to Start Over

During the week leading up to my second Christmas without my husband, a year and half after he passed away, the mail carrier kept driving past my house every day without delivering my mail, which included all my precious Christmas cards. I realized that this was because there was snow on the ground and not much space for him to park his mail truck, so I woke up on a sunny Saturday morning and shoveled the snow away from the mailbox.

I was really looking forward to reading those cards.

To my surprise, after all my hard work, the mailman did not stop. You can imagine the disappointment I felt after shoveling for two hours! I was furious. But instead of sitting down on my couch and crying endlessly, I put on my snow boots and jacket and started running as fast as I could down the road to catch up with him. I must have looked like one very crazy woman. I don’t believe my neighbors ever quite saw me in the same way after my running episode.

Related: The Benefits of Friendship

Finally, I caught up with the mail truck and completely out of breath, asked the mailman, “May I please have my mail?”

He handed it to me then mumbled, “Why don’t you ask your husband to shovel a little better?”

It was almost as if this sentence was supposed to be delivered to me at that point in time. I mean, who says that? It’s incredibly rude. But this man did. He said that sentence to me.

With a straight face, holding back my tears and showing as much strength as I could muster, I replied, “He would if he could, but he’s dead.” Then I walked away with my mail, feeling victorious. I did not even wait to see if his face was turning red.

Before You Start Over, You Need to Decide

That day I decided I was no longer going to allow grief to keep me passive. I was no longer going to just accept what was happening to me. Not accepting the mail carrier passing my house brought me closer to not accepting my life as it had become: sad, sorrowful, and pitiful, spending Christmas alone with my little girls, thousands of miles away from our other family members.

Before that decision, the picture of my life was that I was all by myself, feeling like a pathetic victim with nobody helping me out. Even the mailman was not delivering my Christmas cards. You can see it, right?

After that decision, everything changed. I started to see the light more and more. I began to have the strength to go proudly after what was mine.

My mail became a metaphor for my life.

Before my crazy quest to get my mail, I thought I’d done everything in my power to jump-start my life: I had gone back to school, I had taken my girls on weekend trips, I had even found a great job. Yet I was suffering day in and day out. Grief was still a protagonist in my life story. Then something new began pushing me forward: my desperation and thirst for life!

Was it easy for me when I was chasing the mail truck, my feet pounding hard on the frozen snow, breathless and desperate to catch up? No. It was uncomfortable and very unlike me. But after this uncharacteristic event, I realized I had a power I wasn’t familiar with and its origins were somewhere in the deeply emotional journey I had taken since my husband died.

As my grief started transforming into a source of unlimited power, I was able to begin to focus my attention and take my life in a new direction. After Christmas, I went back to work with a new attitude. I returned to my routine more hopeful about my future prospects.

This had nothing to do with anything other than a shift of perspective.

My colleagues at work kept asking me if something was different in my life, as I seemed happier. I couldn’t possibly explain to them all that I’m describing here, as this was too much for a five-minute conversation, and it was certainly not something they could really grasp unless they’d been privy to my journey.

When I saw my own potential and that I was not like everyone else anymore, I started asking for things I wanted. A key difference now was that I also felt I deserved to receive them. I saw myself as someone with magnificent strength and a fearless attitude. After all, I had been to hell and back. What was there to lose? Not much!

I am here to let you know that no matter how old you are, where you are in the world, or how devastating your grief has been, you can shed your old identity and transform your life. How did I create a new life? First, I had to believe it was possible.

Now it is your turn! 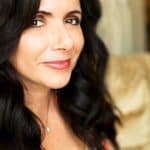 Christina Rasmussen is the founder of Second Firsts, an organization to help people create a pathway back to life after loss. She writes for the Huffington Post, has been featured as a Woman Working to Do Good in the White House Blog, and she was named the Leading Mom in Business by StartupNation. Her first book, Second Firsts: Live, Laugh and Love Again, has achieved bestseller status on both Amazon and Barnes and Noble.

Featured image by Son of Groucho

7 Reasons Why Quinoa Is Awesome

Sit Less…5 Reasons Why Your Life Depends On It