Top Posts
24 Things That Will Make You Laugh (Even...
How To Deal With Bitter People
Having Family Problems? Here’s How To Fix Them
20 Easy Ways to Protect the Environment and...
5 Surprising Benefits of Training Your Glutes
5 Reasons Warm Weather is Good For Your...
8 Ways To Have A Super Relaxing Weekend
The Importance Of Being Grateful
QUIZ: What Workout Are You?
7 Healing Foods That Boost Metabolism
You are Here: Inspiyr > GET SUCCESS > 7 Ways To Start (And Stick With!) A New Habit

7 Ways To Start (And Stick With!) A New Habit

If you could add something to your daily routine without a second thought, what would it be?

Some might say they’d want to exercise every day, or eat healthy without even thinking about it. Often, habits that we want are related to dreams we’ve always had, and it’s likely that there are several habits you’d add to your routine if you knew how.

Unfortunately, forming a new habit can be incredibly difficult. How do we make time when we’re already pressed for time as it is? 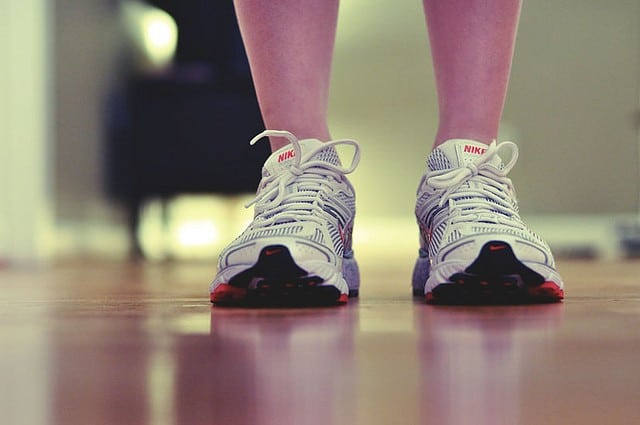 With a bit of elbow grease, you can form your new good habit by following a few tips and staying positive.

How to Create a New Habit

2. Figure out your personal “whys”

3. Figure out the “habit loop”

In his book The Power of Habit, Charles Duhigg explains a “simple neurological loop” that MIT researchers discovered. This loop is what creates habits and consists of three parts: cue, routine, and reward. The tricky part of this formula is figuring out the cue.

For example, if you want to start going to the gym regularly, that would be the routine, and your reward might be feeling energized and relaxed, but you need to figure out what cue would get you to go regularly.

Often, I get the motivation to eat clean after seeing posts from healthy foodies on Instagram. Find people or companies that will give you inspiration, and follow them on social media. Or, if you’re not much of a social media person, subscribe to newsletters that have to do with your new routine. This way, you’ll get weekly or daily inspiration without having to actively find it!

That sounds a little frightening, but a non-removable reminder is simply a reminder of an activity that’s a little stronger than a Post-It Note. For example, researchers at the Israel Institute of Technology found that nail-biting participants who were resolved to quit nail-biting were more likely to stop when they were wearing non-removable wristbands to remind them.

Though this has to do with getting rid of bad habits, it can be applied to adopting good habits as well. Try reminding yourself by wearing a rubber band or something else that will keep your habit top of mind.

It might feel difficult and even foreign to get yourself into a new routine, but keep at it! Science even says that it will get easier the longer you try. Studies show that though forming a new habit initially takes a lot of effort, it became easier and even automatic over time—you just have to huff and puff a bit at the beginning.

Though many claim that it takes three weeks to form a habit, the results of one study found that while some formed a habit in 18 days, others took 254 days. Don’t get discouraged if it’s still difficult to make yourself work out after three weeks, because everyone is different. Give it time, don’t give up, and don’t compare yourself to anyone else but yourself.

Even if it seems impossible now, in time you can make your new habit feel as natural as breathing, but it takes some work at first. Through defining it (specifically!), figuring out your personal “whys,” figuring out your cue, getting inspiration, using non-removable reminders, pushing through, and remembering that you are your own person, you can make it happen. Soon enough, that good habit won’t seem like the massive obstacle it does now—it will just become a part of your day.

How To Make Healthy Food Choices

Take Control of Your Health in 4 Simple Steps