Top Posts
24 Things That Will Make You Laugh (Even...
How To Deal With Bitter People
Having Family Problems? Here’s How To Fix Them
20 Easy Ways to Protect the Environment and...
5 Surprising Benefits of Training Your Glutes
5 Reasons Warm Weather is Good For Your...
8 Ways To Have A Super Relaxing Weekend
The Importance Of Being Grateful
QUIZ: What Workout Are You?
7 Healing Foods That Boost Metabolism
You are Here: Inspiyr > GET SUCCESS > Secrets to Success From a TV Strongman

Secrets to Success From a TV Strongman

Tim Holmes knows a thing or two about success. He’s done it all, having had a career in music, business, firefighting, and now working on the big screen, playing the part of “The Strongman” in the up and coming film Oz the Great and Powerful.

In a recent interview with Inspiyr, Tim discusses his “secrets to success” and what he has learned on his life journey. He assures us that we need to “Believe, believe, believe” in our dreams to see them come to fruition. 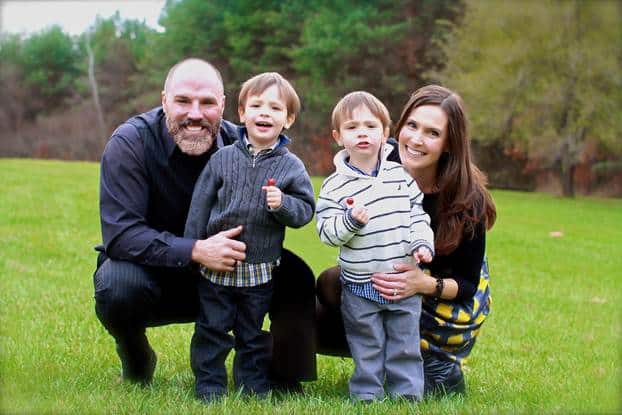 What does it take to succeed?

Faith in your ability as an artist, a good heart, a positive infectious energy, the ability to find your niche as a filmmaker or actor and brand yourself as such.

If there is no work out there for you then make your own work, write your own material, shoot it, edit it, showcase it. Not only will you learn so much in the process but it will put you in a different category in the eyes of the industry.

I wrote a biker film screenplay titled Detroit Riders. I shot enough footage out of my screenplay to make a short on it and a trailer. I got this trailer in front of the eyes of director Jim Mangold ( Walk the Line, 310 to Yuma, Knight and Day and the next Wolverine movie). He was the Executive producer and director for the pilot Vegas. That trailer of Detroit Riders got me that job!

What are your “secrets” to success?

I used to fight in semi pro tournaments as a kick-boxer / MMA fighter. When I trained, I  would always think that my opponent is running 5 miles a day so I should better run 10; he’s training for a 3 round fight; I will train for a 5 round fight. When I was not training for a scheduled fight, I still trained 4 times a week, because I might get a call tomorrow from a promoter that wants me to fight next week because someone was injured and he needs to fill the card.

If I was not training and I went to that fight I would get knocked out. For an actor, if you do not train your craft every week and read every night you will get that call from your agent that you have an audition tomorrow, you will go on the audition and more than likely get knocked out.

I take eight acting classes a week, comedy, improv, technique, cold reading and scene study. I train at the gym 5 days a week. I will never get knocked out again. It’s embarrassing and it hurts my soul.

Tell us about persistence. What does it mean to you?

Persistence to me means to always be pursuing your dream, work on it every day, do something towards that goal every day, persistently but not annoyingly follow up with people, let them know what is happening in your struggle towards this goal, let them know of your achievements and any upcoming projects you might have and if there are any contacts they might have that might help you.

But don’t be a stalker, don’t show up to their  home un announced, then you just become creepy and will probably end up in jail. 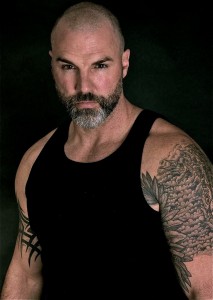 Eat right 6 days a week, then pig out on Sundays, and just go to the gym at least 3 times a week and do active stuff outside another 3 days a week.

If you do not know how to work out, invest in a trainer to train you on how to work out.  If you have a budget then just hire him for 3 training sessions. Then take notes on the exercises and then continue that on your own. Doing it the proper way with the proper form is everything; doing it the wrong way will only get you hurt.

The most important thing is to eat no later than 20 minutes after your workout, your muscles need this very badly. Your body  needs protein to build the muscle and burn the fat, otherwise you are  going to waste a workout.

Any advice for people who have a big dream but haven’t achieved it yet?

Never give up, I’m going to be 46 years old and I’m finally getting my big break. I’ve been trying since I was 18. I was just going about it the wrong way, that’s why it has taken me so long.

You have to be a good person, cut out all the BS in your life, walk the right path and whatever your big dream is, believe it, say it out loud, live it, read about it, work somewhere in that industry, show people your passion for this dream and they will help you. Who doesn’t want to help someone who is thoroughly passionate about a dream career? Believe, believe, believe!

Want to Be More Productive at Work? Take a Break!

Skincare Tips From One of America’s Most Beautiful Doctors