Top Posts
24 Things That Will Make You Laugh (Even...
How To Deal With Bitter People
Having Family Problems? Here’s How To Fix Them
20 Easy Ways to Protect the Environment and...
5 Surprising Benefits of Training Your Glutes
5 Reasons Warm Weather is Good For Your...
8 Ways To Have A Super Relaxing Weekend
The Importance Of Being Grateful
QUIZ: What Workout Are You?
7 Healing Foods That Boost Metabolism
You are Here: Inspiyr > GET HEALTHY > Is Beer Good For You? The Answer May Surprise You…

Is Beer Good For You? The Answer May Surprise You…

Beer lovers, rejoice! Not only does beer taste great, and make you feel “buzzed” on life…beer is good for you!

As pints are poured in bars and restaurants across the country, know that drinking beer has real health benefits*. 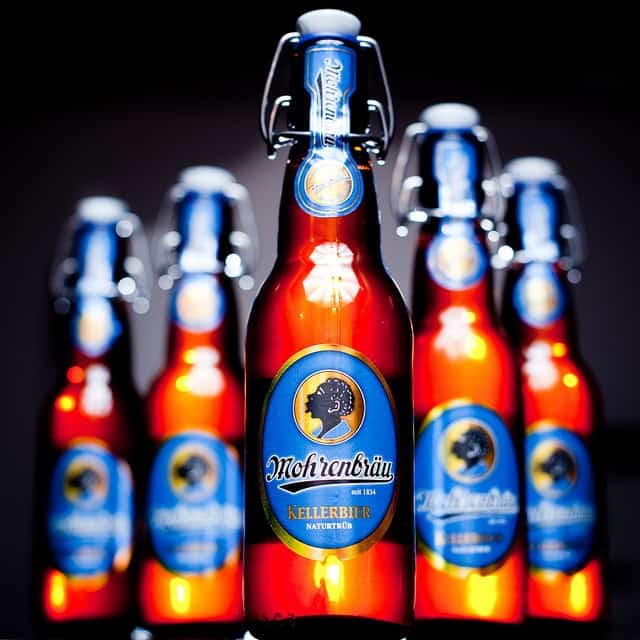 There are more than 20 well-done, large international studies that all demonstrate the heart benefits of moderate alcohol consumption. One study, conducted by the National Institute on Alcohol Abuse and Alcoholism (NIAAA) noted a 20-40% decrease in coronary artery disease in moderate alcohol drinkers. (1)

Drinking beer responsibly is drinking healthy. Moderate consumption of beer (alcohol) results in an increase in HDL (good Cholesterol) and a decrease in LDL (bad cholesterol), along with an improvement in both HDL and LDL particle size. (3).

So, don’t worry about the medical terms; just know that a slightly “buzzed” heart is a happy heart!

A Dutch study showed a 30% increase in Vitamin B6 in beer drinkers, which makes sense because hops are loaded with the vitamin. This is important because Vitamin B6 helps to battle heart disease.

Alcohol is also an antioxidant which may contribute in part to the decrease in heart disease.

So if you’re looking for a boost in Vitamin B6, or just want to healthy dose of antioxidants, grab a cold one (or two) and cheers to your health!

The Journal of Epidemiology revealed a 40% decrease in kidney stones among beer drinkers. This is most likely secondary to the hydration from the beer since we don’t note a similar finding with other alcohol consumption.

So if you want to avoid the extreme pain associated with kidney stones, grab a couple brews and drink to stone-free days ahead…

Beer is also high in flavonoids – from the hops- whichacts as a natural hormone replacement.

The National Osteoporosis Risk Assessment followed over 200,000 females and found that drinking alcohol decreased the incidence of osteoporosis (7).

All of this leads to a decrease in hip fractures in elderly females, which is important because hip fractures after the age of 65 are associated with a significant increase in mortality.

So, women, if you’re concerned about your bone health, don’t just focus on calcium; add some beer to your diet for another way to protect your bone density.

That’s right; drinking the right amount of beer is good for your mental health.

The New England Journal of Medicine reported a preservation of mental acuity, especially in elderly women, who drink alcohol moderately.

There are numerous studies that show that moderate alcohol consumption not only decreases the incidence of Alzheimer’s but also improves memory, concentration and reasoning. (6)

Multiple studies consistently show up to a 50% reduction in the risk of strokes in moderate alcohol drinkers. Most notable was a study in The Journal of the American Medical Association (JAMA) (4).

So, the next time you crack open a cold one, know that you’re doing more than just having a good time…you’re drinking to your health! Cheers!!!

*The health benefits of drinking beer and alcohol in general are based on moderate consumption, which means two beers per day for an average size man and one beer a day for average size women. Many of the benefits described above are lost when alcohol is consumed excessively, and drinking alcohol excessively can have a serious negative effect on your health.

Dr. Thompson is a cofounder and board member of USMD, a Medical Development Company. He was a Fellow of the American College of Surgeons & the Chief of Surgery (20 years), Chief of Staff, and head of the Credential Committee at Southeast Missouri Hospital.

1) Hennekens,C H Alcohol and Risk of Coronary Events : National Institute on Alcohol Abuse and Alcoholism. US Dept. of Health and Human Services

How To Order a Salad (The Right Way)

How to Manage Your Money Like a Monopoly Champion

Why Can’t I find a doctor like Dr. Thompson in my area?

now there i can drink my beer nd be happy

As I always say: a Guiness a day keeps the doctor away!
PS: I’m bavarian!

Well, halleluia and so on and so forth! I think I will just go ahead always and drink an extra one or two ’cause I just feel like it!