Top Posts
24 Things That Will Make You Laugh (Even...
How To Deal With Bitter People
Having Family Problems? Here’s How To Fix Them
20 Easy Ways to Protect the Environment and...
5 Surprising Benefits of Training Your Glutes
5 Reasons Warm Weather is Good For Your...
8 Ways To Have A Super Relaxing Weekend
The Importance Of Being Grateful
QUIZ: What Workout Are You?
7 Healing Foods That Boost Metabolism
You are Here: Inspiyr > INSPIYR'D > Pro Baller R.A. Dickey Gives Back and Does Good

Pro Baller R.A. Dickey Gives Back and Does Good

Toronto Blue Jays’ pitcher R.A. Dickey seems to have everything going his way. After winning the Cy Young Award while playing for the 4th-place New York Mets, the 38–year old knuckleballer finds himself on the new-look Toronto Blue Jays. But instead of using his time off playing golf, Dickey has dedicated his last 2 off-seasons to helping those in need. 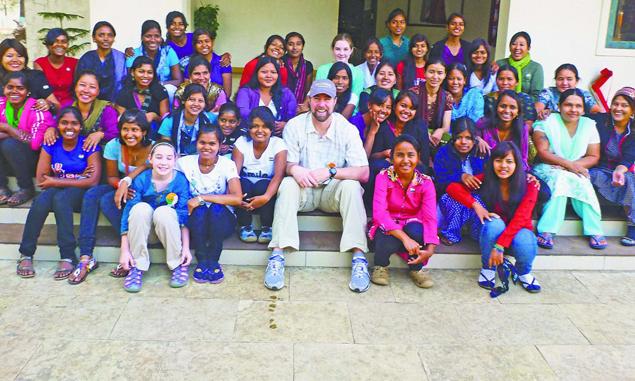 R.A. Dickey has made helping others an important part of his life. His first charity work was running Honoring the Father Ministries. The faith-based charity provides food, medical supplies, and sports equipment to poor communities in Latin America.

After the 2011 season, against the wishes of the New York Mets organization, Dickey climbed Mt. Kilimanjaro in Tanzania. The inherent risks of mountain climbing, combined with the wording of Dickey’s baseball contract, meant that if he were injured, he would’ve been cut from the team and lost his $4.25 million 2012 salary. Undaunted by this possibility, Dickey climbed 19,341 feet to reach Uhuru Peak, the highest point in Africa. His efforts raised awareness and over $130,000 for the Bombay Teen Challenge. This organization rescues and cares for human trafficking victims in India.

India has one of the highest rates of human trafficking in the world. In particular, the sex trade of Mumbai (Bombay) ravages the Indian youth. It has been estimated that there are over 20,000 women and girls held as sex slaves in Kamathipura, one of the world’s oldest and largest red-light districts. Recruiters from brothels travel to the poorest and most remote villages in India, luring girls with promises of a job and lodging in the city.  Upon arrival, the girls are isolated, tortured, and forced into prostitution. Most of them die of HIV or are thrown to the slum’s filthy streets. The women who survive this ghastly treatment are often psychologically destroyed. Rarely is there a happy ending for those who are forced into this gruesome industry?

R.A. Dickey recently traveled to India with his family to continue raising awareness for the Bombay Teen Challenge. He arrived in Bombay in January and was immediately confronted by the grim reality of human trafficking. Seeing girls as young as his two daughters, 11-year old Gabriel and 9-year old Lila, who had to deal with the aftermath of the kidnapping and forced prostitution were extremely upsetting. However, he also found hope in BTC’s rescue efforts that have saved over 1,000 lives in the past 23 years. Dickey’s daughters made the trip to India with their dad. He wanted to give his girls “a heart for humanity.” Both Gabriel and Lila have responded positively to this trip, viewing the redemption of these “living miracles” as an important part of their lives.

While in Bombay, Dickey and his daughters spent time at Ashagram. A rehabilitation campus, Ashagram is home to over 300 women and children cared for by BTC. The family spent the days playing cricket and singing songs with the children. Dickey, himself a victim of sexual abuse as a child, was deeply touched by the spirit shown by the shelter’s youth. Although many of the children are HIV positive, they have hope for their future. This may be the key to the success of the Bombay Teen Challenge. As important as BTC’s mission in providing food, healthcare, and shelter for sex trafficking victims is, hope is the most important thing they can give. In the words of Dickey, “this facility is like a beacon of light in the middle of a swamp.”

Dickey has since returned from India and is now in Florida preparing for the upcoming 2013 season with his new team. He expects to play a major role in helping the Blue Jays reverse their recent seasonal losing streaks. He has also published a memoir titled Wherever I Wind Up. In the book, Dickey chronicles his childhood abuse, suicidal thoughts as a teenager, and his rise above his personal demons and physical injuries to become a top-level Major League Baseball pitcher. Dickey is hard-working, charitable, and has overcome difficult obstacles to be successful. We can safely call him a good sports role model for us all.

Tips From Female Fitness Competitors: Buff is the New Black

How to Communicate with Coworkers in Different Generations