Top Posts
24 Things That Will Make You Laugh (Even...
How To Deal With Bitter People
Having Family Problems? Here’s How To Fix Them
20 Easy Ways to Protect the Environment and...
5 Surprising Benefits of Training Your Glutes
5 Reasons Warm Weather is Good For Your...
8 Ways To Have A Super Relaxing Weekend
The Importance Of Being Grateful
QUIZ: What Workout Are You?
7 Healing Foods That Boost Metabolism
You are Here: Inspiyr > GET HAPPY > Why You Should Stop Chasing Your Dreams

Why You Should Stop Chasing Your Dreams

You’re not likely to find those two words in pretty script on some inspirational poster hanging in a CEO’s suburban office. Those two words probably won’t be immortalized in this year’s presidential inaugural address or tattooed on your favorite ball player.

You wouldn’t say those two words to your kids. 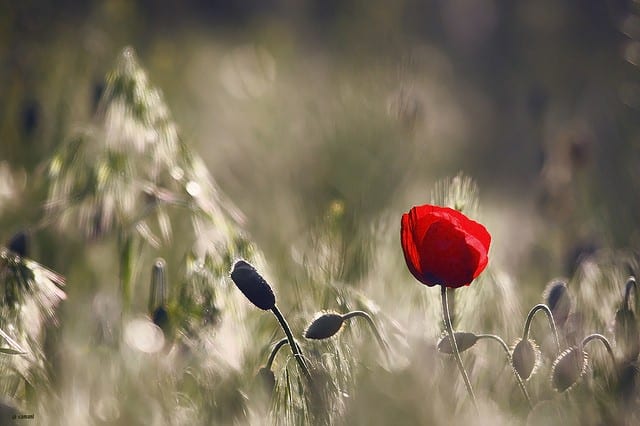 What if you stopped dreaming, let go, and let life dream you?

I dreamed of being a successful singer-songwriter. I dreamed of playing to sold-out arenas and talking to Springsteen on the phone about summer plans. And I went after it. So many people carry the burdens of their ‘if onlys’ and ‘somedays’ when it comes to their dreams; they end up twenty years down the road thinking that if only they hadn’t gotten married, or had the baby, or whatever, they could have gone after their dream and had the life they imagined.

I had no ‘if-only’s.’ No excuses, nothing holding me back. I went for it.

I spent over a decade of my life chasing the dream through dirty little clubs, where my feet would stick to the thin pool of beer and vodka residue on the floor. I chased the dream into cheap hotels after gigs and back into my truck the next morning, outrunning the bedbugs in the parking lot. And I chased the dream down the interstate to the next town, passing the littered remains of those who came before me who chased their own dream, caught it, and got what they wanted.

And found it wasn’t what they needed.

I know what it’s like, because somewhere out there on that road I caught my dream, too. And once I caught it, I held on fiercely, but it was like holding a fistful of sand: the tighter I closed my fingers, the emptier my hand became. My fist didn’t begin to loosen until late one afternoon in July, when I found myself broken and alone, watching my best friend die in my living room with her head on my lap.

Around that time I got a letter from a woman named Emily, which started me down my own path of letting go of my identity, my self, and what I thought was my dream. I wrote a song with a friend about her letter, and that song evolved into a project that has touched more lives than I could have ever imagined.

Every step of the way, I let go of the dream of being a singer-songwriter, of selling out arenas, and making summer plans with Springsteen. I started writing songs for other people to sing, about other people’s stories, which made everything less and less about me at each turn. I stopped worrying so much about what my life was supposed to look like, about selling out arenas and hearing myself on the radio and felt a burden of expectation lifted that I didn’t even know I was carrying.

And I got out of my own way and began to trust the process, which gave me the most amazing lightness of being. It was as if life started dreaming me, rather than me dreaming about life.

Slowly, deeply, beautifully, something bigger started to happen. I had the opportunity to work with some Grammy-winning friends I’d been dreaming of collaborating with for a long time. We wrote songs about other peoples’ deeply moving letters, and have traveled around the world playing the songs their letters inspired. Even though I’d never even considered myself a writer, a three-book publishing deal found me and finally, so had a supportive audience. Being an author was never part of my dream… at all.

But it was part of life’s dream for me.

I can tell you that the world will be no sadder and no less hopeful if you let go of your own dreams. Birthdays will not be cancelled. Why? Because when you let those dreams go, they don’t disappear. They don’t cease to exist, because energy can’t be destroyed… only transferred. Dreams are fluid, ever-changing scenes of hope on a movie screen in your mind, so let them move and dance and be themselves. Let your dreams float out into the ether and find their true home. They may come back to you in a more beautiful way than you ever could have imagined.

When I was 19, I heard a story about an old man on his deathbed. As he took his final breaths, the old man grabbed the hand closest to him and said ‘I have lived my spring, my summer, and my autumn. Now I enter my winter, having never sung my song, because I have spent my seasons stringing and re-stringing my instrument.’

To me, that story is about sacrificing the present for a future that doesn’t exist yet, a future that may never come, when something beautiful could be made right now. The world needs your skill and passion and talent, and it needs you to do the best you can today. The rest will take care of itself.

Today is what matters the most, not someday. The old man was waiting on someday and never got to sing his song.

You have your own song to sing.

Alex Woodard is the author of For the Sender: Four Letters. Twelve Songs. One Story (Hay House).

8 Ways to Stay Healthy with Partner