Top Posts
24 Things That Will Make You Laugh (Even...
How To Deal With Bitter People
Having Family Problems? Here’s How To Fix Them
20 Easy Ways to Protect the Environment and...
5 Surprising Benefits of Training Your Glutes
5 Reasons Warm Weather is Good For Your...
8 Ways To Have A Super Relaxing Weekend
The Importance Of Being Grateful
QUIZ: What Workout Are You?
7 Healing Foods That Boost Metabolism
You are Here: Inspiyr > GET HAPPY > 5 Fascinating Reasons Why Laughing Is Awesome For Your Health

5 Fascinating Reasons Why Laughing Is Awesome For Your Health

You’ve probably heard people say that laughter is the best medicine…but is laughing really good for you?

Norman Cousins thought so. In the 1960’s, after being diagnosed with arthritis, Cousins developed his own humor therapy program and found that laughter helped him to reduce his pain and inflammation to the point where he was able to finally get restful sleep, pain-free. 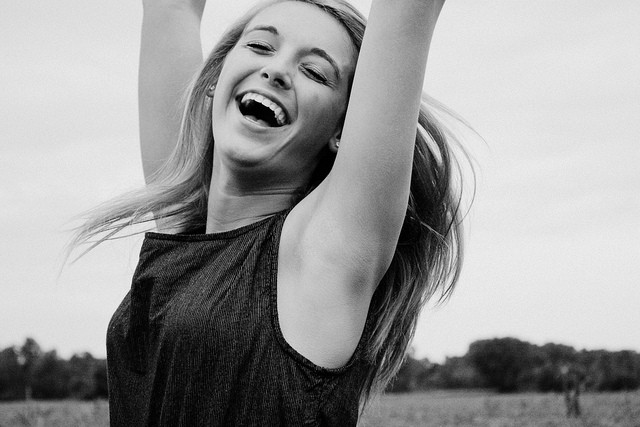 He eventually recovered due to his efforts. Cousins then helped UCLA Medical School to establish a Humor Research Task Force, which researches laughter and humor in a medical context.

Since then, there have been several studies on the effects of laughter, and therapeutic humor now has a place in medicine—The American Association for Therapeutic Humor.

So should you involve more comedy in your life? Turns out that those old episodes of Seinfeld may actually be good for your health: research suggests laughing is not only healthy for the soul, but the body as well.

The Benefits of Cracking Up

If your body’s sore after a hard day’s work, invite that hilarious friend of yours over.

After a good belly laugh, the muscles can be relaxed for up to 45 minutes.

In fact, according to Paul E. McGhee, PhD, one study showed that people were better able to relax their muscles after laughing over funny cartoons than after admiring beautiful scenery.

2. It lowers stress and wards off colds

Trying to avoid that bug going around? Add an episode or two of a funny TV show to your evenings.

After several days (or weeks, as the case may be) of continuous stress, stress hormones can take a toll on our bodies and make it difficult for us to fight off sickness.

Studies suggest that laughing reduces several of these hormones, which lowers the overall stress levels and strengthens the immune system.

According to University of Maryland neuroscientist Robert Provine, pain reduction is one of the biggest benefits of laughter.

Various studies have suggested that those who watched or experienced comedic content were able to tolerate more pain. It’s thought that the reason for this is the release of endorphins after a good belly laugh.

After several seconds of laughter, your heart rate elevates; there’s a good reason why some refer to it as “internal jogging.”

That being said, don’t be a couch potato and lay around watching funny movies all day—it’s still important to get your body moving!

5. It’s healthy for the heart

Laughter may also prevent a heart attack, according to a study at University of Maryland Medical Center in Baltimore.

Using a questionnaire, the study determined that subjects with heart disease were 40 percent less likely to laugh in many situations compared to those without heart disease; on the contrary, they were more prone to anger and hostility.

There’s a reason why laughing with friends is so pleasurable, and it’s not just in our heads. Laughter aids muscle relaxation, the immune system, pain tolerance, the heart, and the body overall.

So, is laughter the best medicine? More research will tell whether everyone would benefit from Cousin’s laughter therapy, but one thing’s for sure: a good belly laugh certainly can’t hurt.

How to Have a Positive Money Mindset

7 Surprising Causes of Back Pain