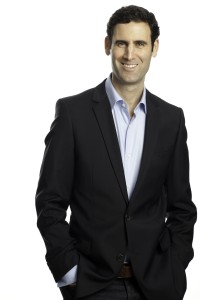 Jonathan Alpert is known for delivering frank yet helpful advice. Journalists admire his candor and warmth, and they frequently call on him to comment on hard news stories, current events, lifestyle and hot-button issues, celebrities, politicians, mental health, and more. Jonathan has appeared on every major national news show and is frequently quoted in newspapers, magazines, radio, and the international press. He also appears in the 2010 Oscar-winning film, Inside Job, where he comments on the financial crisis. Jonathan is also consulted by major corporations, most recently Liberty Mutual Insurance and Safeco for a safe driving campaign called Drive it Forward Fridays and by NutriBullet where he served as an expert on stress in their latest TV commercial and product launch.

Jonathan is also a special contributor to the Huffington Post where his column addresses a wide range of topics including mental health, lifestyle and hot button issues, sex, dating, relationships, and current events.  He previously penned a column for Metro newspaper called No More Drama.  It ran from 2006 to 2013 and reached over one-million readers in Boston, New York, and Philadelphia. He also wrote a sex and relationship column for the popular dating site HowAboutWe.com.

Jonathan holds an advanced degree in psychology and is licensed in New York, Pennsylvania, and Washington, D.C. as a Professional Counselor.  He started his career in emergency care, later worked in academia, did a stint at the FBI, then a major corporation, and currently has a thriving practice in New York. His direct and no-nonsense approach has helped countless clients overcome a wide range of issues and go on to achieve success in their careers and relationships.  Jonathan discussed this approach in a hotly debated Op-Ed opinion piece he authored for the New York Times In Therapy Forever? Enough Already (April 22, 2012). Like him on Facebook or follow him on Twitter.