Top Posts
24 Things That Will Make You Laugh (Even...
How To Deal With Bitter People
Having Family Problems? Here’s How To Fix Them
20 Easy Ways to Protect the Environment and...
5 Surprising Benefits of Training Your Glutes
5 Reasons Warm Weather is Good For Your...
8 Ways To Have A Super Relaxing Weekend
The Importance Of Being Grateful
QUIZ: What Workout Are You?
7 Healing Foods That Boost Metabolism
You are Here: Inspiyr > GET HAPPY > 13 Inspiring Stories From 2013

As we move into 2014, you’re likely concentrated on making this year better than ever. But let’s hang on for a second and look back at the amazing people that made 2013 so wonderful.

Check out all of these inspiring stories that happened in 2013 that give us at Inspiyr even more faith in humanity. 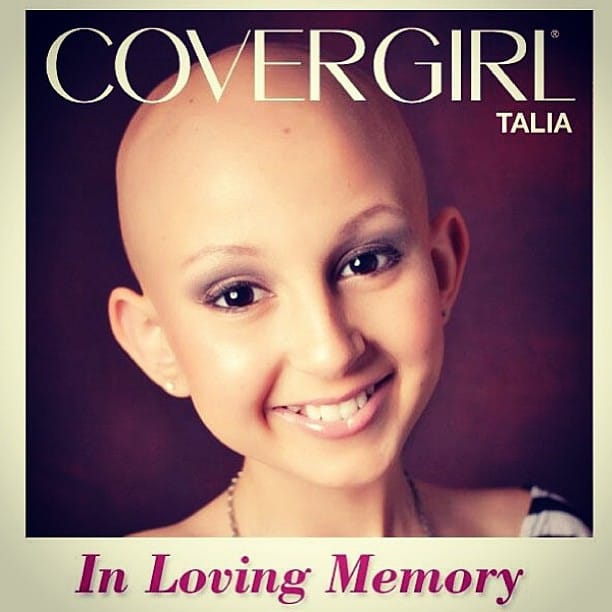 1. Talia Joy Castellano (pictured above) was a bubbly young girl and an Internet celebrity who was known for her make-up tutorials and fashion videos on Youtube. She was sadly diagnosed with two types of cancer at the same time, but still created her videos even through her treatment.

She was made an honorary CoverGirl for her efforts and was even on the cover. She passed away at the age of 13 in July, but still managed to pursue and accomplish her dreams through all of the adversity she was forced to face.

2. Michael Tubbs grew up in extreme poverty in Stockton, which Forbes Magazine listed in 2011 as the “most miserable city.” However, he managed to beat all the odds stacked against him and attend Stanford, intern at Google and the White House, and win the Stockton City Council election this year at only 22 years of age.

3. Inocente became the first Kickstarter-funded film to win an Oscar ever. The film is a documentary of a 15-year-old homeless girl who pursues her dream of being an artist. Inocente raised $52,527 to give a voice to homeless children around the world.

4. Miles Scott, a 5-year-old boy who has battled leukemia for most of his life, had his dream fulfilled thanks to the help of the Make-A-Wish foundation—and the entire city of San Fransisco. The city was transformed into Gotham City, and Miles, dressed in a Batman costume, was given the opportunity to “save the city.”

5. Meghan Weingarth (pictured above), a 7-year-old girl who has a deadly peanut allergy and a rare genetic disorder, was given LilyBelle the Labradoodle service dog due to the efforts of friends, neighbors, and the “Meghan’s Miracle” fundraiser. LilyBelle is trained to sniff out Weingarth’s food, and if peanuts are detected, Lily raises a paw. They are now fast friends.

6. Thousands of low-income city residents in North Carolina live in “food deserts,” or areas without access to a supermarket with fresh fruit and vegetables. Robin Emmons was determined to help. She now has a massive garden over 9 acres and 200 volunteers to help her provide fruits and vegetables for those that need them most.

7. Scott Widak was a 47-year-old man who suffered from Down syndrome and passed away from terminal illness. However, his nephew Sean O’Connor gave him true happiness during the last days of his life. Widak loved getting mail, so his nephew Sean O’Connor reached out via Reddit asking readers to send him mail. Widak received hundreds of letters and even gifts.

8. Officer Larry DePrimo noticed an older man, apparently homeless and shoeless on the sidewalks of New York City on a frigid November evening. DePrimo purchased him $100 all-weather boots and socks to keep his feet warm. Though it was later discovered that the man was not homeless, the act was inspiring to millions.

9. Caine Monroy always dreamed of having an arcade, and he spent his summer vacation creating his own cardboard arcade. Unfortunately, the arcade didn’t have any customers…that is, until filmmaker Nirvan Mullick discovered it, who arranged via social media for a flash mob to come by and try it out. It led to the creation of the Imagination Foundation, which aims to “find, poster, and fund creativity and entrepreneurship in kids around the world.”

10. Texans wide receiver Andre Johnson spent $19,000 at Toys R Us on toys for at-risk Houston youth this year. Johnson’s foundation funded the shopping trip, and Johnson gave twelve at-risk children a minute and 20 seconds to fill up their carts with all the toys they could want. 11. Parents Christina Diaz and Michael Rubinstein handed out little “apology bags” (pictured above) filled with candy and a kind note to passengers on their plane. The reason? Their twin baby boys.

The note said, “Hello! We’re twin baby boys on our first flight and we’re only 14 weeks old! We’ll try to be on our best behavior, but we’d like to apologize in advance just in case we lose our cool, get scared or our ears hurt. Our mom and dad (a.k.a. our portable milk machine and our diaper changer) have ear plugs available if you need them. We are all sitting in 20E and 20F if you want to come by to get a pair. We hope you have a great flight!”

The boys didn’t even end up crying on the flight.

12. Jessica Eaves from Oklahoma had her wallet stolen at a grocery store. She confronted the thief and made a deal with him that few others would do: if he returns her wallet, she’ll pay for his groceries. He apologized and accepted, and reportedly told her, “I’ll never forget tonight. I’m broke, I have kids, I’m embarrassed and I’m sorry.”

13. Ten-year-old Tommy Cooney discovered that his football team’s water boy, 6-year-old Danny Keefe, was being made fun of for his speech impediment as well as the suits and ties he wears to school. Tommy got the entire team to show up to Danny’s school dressed in suits to stop his bullies from picking on him again.

The examples above are some of our favorites for 2013, but there’s certainly more. What other stories touched your heart in 2013?

Focus Better With These Simple Tips

7 Tips for Staying Positive When The Going Gets Rough