Top Posts
24 Things That Will Make You Laugh (Even...
How To Deal With Bitter People
Having Family Problems? Here’s How To Fix Them
20 Easy Ways to Protect the Environment and...
5 Surprising Benefits of Training Your Glutes
5 Reasons Warm Weather is Good For Your...
8 Ways To Have A Super Relaxing Weekend
The Importance Of Being Grateful
QUIZ: What Workout Are You?
7 Healing Foods That Boost Metabolism
You are Here: Inspiyr > LIVE BETTER > 5 Worst Mistakes to Make When Breaking Up With Your Lover

5 Worst Mistakes to Make When Breaking Up With Your Lover

In a society where high-speed dating is so common, it’s never been more important to know how to break up with someone. To help keep you on track, here are the 5 worst ways to end a relationship. 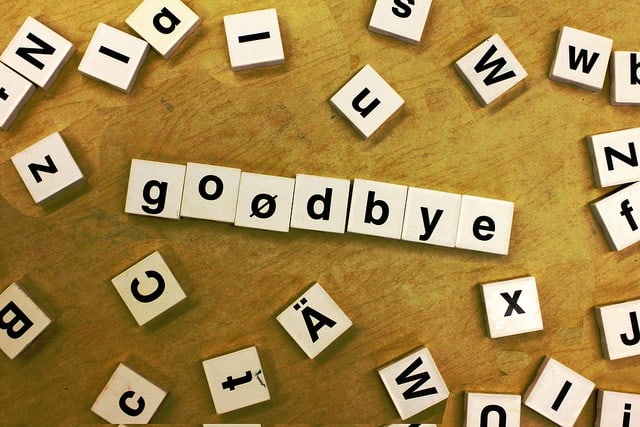 How to Break Up: Don’t Do These 5 Things

1. In a Text Message

Believe me: this is a big no-no for women. Texting has its benefits, of course, like the fact that it’s fast, easy, and doesn’t require much thought. But these are the same reasons why it’s not okay to use it to break up – doing so is impersonal, emotionless, and sends the “message” that you don’t care enough (and the relationship wasn’t important enough) to end it in person.

In a world where everybody uses text messaging as a form of communication, this may not seem like such a harmful way to end a relationship, but this is one scenario where it’s best to proceed without your phone.

It doesn’t matter if you sent it by certified mail, spent five minutes doodling on some post-it notes, or bought a $4 Hallmark card: it’s practically grounds for blackmail. Upon first thought, it may seem like a gentlemanly thing to do; after all, hand-written letters are romantic, right? Well, not if you’re breaking up with somebody in one.

Ending a relationship in writing is impersonal and isn’t respectful to the relationship you once had. By doing so, you might be saying that you don’t have enough courage to do it in person. If you want to end on good terms, keep the written notes to yourself – and for your own sake, don’t even consider using a post-it note.

3. On a Social Media Site

Imagine waking up one morning, logging into Facebook, and seeing that you and your significant other are  “no longer in a relationship.” Social media has become such an integral part of our society, and many people document so much of their lives that it’s hard to maintain a sense of privacy. Putting a private relationship in public view can have negative side effects, especially when that relationship is no longer.

Of course, coming to the mutual decision to end a relationship and then letting your Facebook or Twitter “friends” know is another story but doing it the other way around is embarrassing and impolite. Perhaps brushing up on your tech etiquette is a smart move if you think it’s okay to break up with your partner on a social media site.

4. On a Holiday or Anniversary

This is probably one of the most insensitive and unkind ways to end a relationship. Breaking up on Valentine ’s Day, on or near your anniversary, or on her birthday are all no bueno. To many people, this is a sign of disrespect and a slap in the face.

It’s understandable that relationships can end at any time, but out of respect to your partner it’s best to wait until these occasions have passed to end it officially. This doesn’t mean that you have to act like everything is fine and dandy when it’s not; it just means that you should have basic respect for your current partner and hold off the conversation for a couple days.

Disappearing from her life – not returning calls or texts, not answering your door, or simply avoiding her at all costs – isn’t a good way to call it quits. By refusing to communicate with her, you’re telling her that you don’t care enough to acknowledge that it’s over. Often, individuals need closure in order to move on, and refusing to tell her that you no longer want to be in a relationship isn’t fair.

Some might even say it’s better to write it on a post-it note than to not tell her at all – and that’s how you know it’s really bad.

Relationships can be a lot of fun, but sometimes people drift apart or are no longer right for each other. Ending a relationship can be difficult, but it’s important to maintain a certain level of dignity and respect when dealing with this closure. By doing this, you’re showing that you have enough respect for your partner to part ways courteously. So when you’ve decided that your relationship should end, and want to know how to break up, consult this list in order to save yourself and your partner from embarrassment.