Top Posts
24 Things That Will Make You Laugh (Even...
How To Deal With Bitter People
Having Family Problems? Here’s How To Fix Them
20 Easy Ways to Protect the Environment and...
5 Surprising Benefits of Training Your Glutes
5 Reasons Warm Weather is Good For Your...
8 Ways To Have A Super Relaxing Weekend
The Importance Of Being Grateful
QUIZ: What Workout Are You?
7 Healing Foods That Boost Metabolism
You are Here: Inspiyr > GET MOTIVATED > The Most Important History Lesson You Never Learned

The Most Important History Lesson You Never Learned

It was the first day of classes my junior year in a small-town high school in Arkansas in 1983 – Jim Owen’s World History class.

Mr. Owen had a reputation for being one of the toughest teachers at school, but also one of the best.

Class started the way most others do on the first day: The teacher introduced himself, explained what the class was about, how many tests there would be, how the grading would work, and so on.

It all seemed like a normal day…until 20 minutes in. 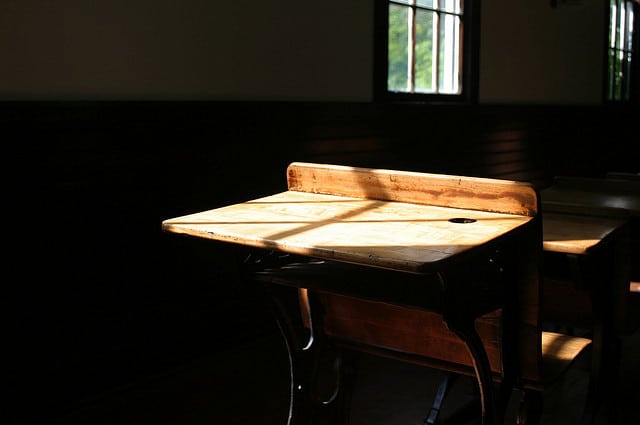 The First Shock Of The Class

Four teenaged boys burst into the room, all wearing ski masks and brandishing weapons. “Nobody move!” they shouted. They went directly to the front where they proceeded to knock Mr. Owen to the ground, relieve him of his wallet, steal the grade book off his desk, and leave as quickly as they came in.

Related: 10 Ways You Can Grow Your Skills With (Non-Fiction!) Book Clubs

It was all over in less than 15 seconds, leaving the students paralyzed in shock.

When the dust settled, Mr. Owen rose to his feet. “I’m fine. Is everyone okay?” We assured him we were.

He then explained that what we had just witnessed was staged.

Those teenagers were his students last year and had agreed to take part in a mock criminal activity. And they had done their job well.

“Your first assignment,” he continued, “is to take out a sheet of paper and write down everything that just happened in as much detail as possible.”

Still somewhat in shock, the class complied. Ten minutes later, he asked the students to hand in their papers. He then read each one aloud to the class.

That’s when the third shock of that fourth-period class hit. The stories were astonishing in their differences in the account of the facts.

Some insisted Mr. Owen had been hit during the mugging. Most said he wasn’t touched at all.

Mr. Owen continued to read while we sat and listened.

The Most Important History Lesson You Never Learned

When he finished, he put down the last paper and said, “History is recorded from the perspective of the people who write it. As we’ve just learned, that can be very different, depending on the author.”

“The victors in war will remember things differently than the vanquished. The groups in political power will surely see things from a different perspective than those not in power. Please keep that in mind as we begin our journey through world history. Now . . . open your books, and turn to chapter one.”

That was almost 25 years ago. But I remember it like it was yesterday.

Studying history taught many important lessons that year. But the most valuable and lasting one may have been learned on that first day, because of Mr. Owen’s bold and surprising teaching technique. Though Mr. Owen stopped this technique after the tragedy of Columbine, this lesson is one of the many legacies he left for a generation of young minds.

What legacy will you leave?

How To Master The Kettlebell Swing

6 Reasons Your Workout Progress Is Slow