Top Posts
24 Things That Will Make You Laugh (Even...
How To Deal With Bitter People
Having Family Problems? Here’s How To Fix Them
20 Easy Ways to Protect the Environment and...
5 Surprising Benefits of Training Your Glutes
5 Reasons Warm Weather is Good For Your...
8 Ways To Have A Super Relaxing Weekend
The Importance Of Being Grateful
QUIZ: What Workout Are You?
7 Healing Foods That Boost Metabolism
You are Here: Inspiyr > GET HEALTHY > 9 Amazing Health Benefits Of Greek Olive Oil

It seems like every other week, there is a new study published linking olive oil to one’s overall health and well-being.

Recent studies have linked the consumption of olive oil with health benefits, such as a heightened immune system, reduced obesity level, and reduced blood sugar level.

Additionally, olive is one of the fastest growing industries, according to a report from Research and Markets. While Spain and Italy top the list of both producers and consumers, Americans seem to have jumped on the Mediterranean diet bandwagon as the United States ranks third on the list of the world’s largest olive oil consumers. 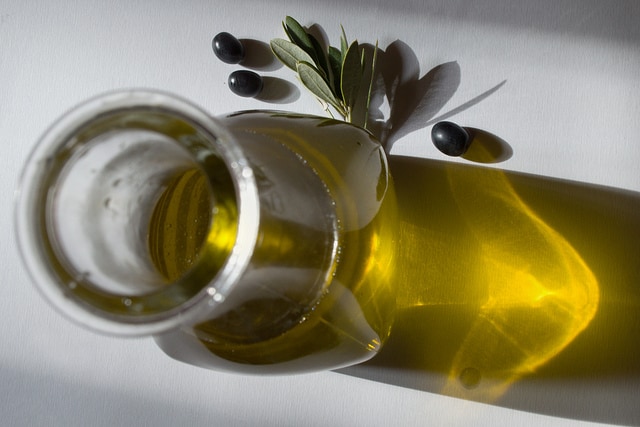 Specifically, Greek extra virgin olive oil, in comparison with the rest of the extra virgin olive oils in the market, has the lowest acidity (approximately 0.5%), way below the minimum 0.9% setup from the EU and US authorities. If you’ve had Greek food, you may remember how delicious the olive oil is. Consuming greek olive oil is one of the easiest single choices you can make to take control of your health and of your family.

Its benefits were obvious to the Ancient Greek and have withstood the test of time being confirmed by modern science.

The Importance Of Olive Oil In Ancient Greece

According to mythology, Athena, goddess of wisdom, and Poseidon, god of the sea, vied for the allegiance of an as yet unnamed city in Greece. The populace decided they would honor whichever deity presented the city a better gift.

Poseidon struck the ground and the salty water of his kingdom sprang forth while Athena answered by giving the people of the city, soon to bear her name, the gift of the olive tree. The wise Greeks of the city that became Athens chose the latter and the rest is history.

Related: 5 Benefits Of The Mediterranean Diet

Olive oil is now a staple of the Greek diet and is responsible for the so called “Greek paradox” – the odd (but true!) idea that a diet rich in high quality fats can actually keep you healthy. Improve your health by learning ways of incorporating Greek extra virgin olive oil into your diet today.

1. Reduces the risk of cancer

Oleocanthal, the phytonutrient in olive oil, mimics the effect of ibuprofen in reducing inflammation, which can decrease the risk of breast cancer and its recurrence. Squalene and lignans are among the other olive oil components being studied for their possible effects on cancer.

Olive oil lowers the levels of total blood cholesterol, LDL-cholesterol, and triglycerides. At the same time, it does not alter the levels of HDL-cholesterol (and may even raise them), which plays a protective role and prevents the formation of fatty patches, thus stimulating the elimination of the low-density lipoproteins.

Olive oil is rich in antioxidants, especially vitamin E, long thought to minimize cancer risk. Among plant oils, olive oil is the highest in monounsaturated fat, which doesn’t oxidize in the body, and it’s low in polyunsaturated fat, the kind that does oxidize.

Related: Your Body Won’t Absorb Vitamin Supplements The Way You Think. Here’s Why

It has been demonstrated that a diet that is rich in olive oil, low in saturated fats, moderately rich in carbohydrates and soluble fiber from fruit, vegetables, and grains is the most effective approach for diabetics. It helps lower “bad” low-density lipoproteins while improving blood sugar control and enhances insulin sensitivity.

Although high in calories, olive oil has shown to help reduce levels of obesity.

Although the reasons are still not fully clear, recent studies have proved that people with diets containing high levels of olive oil are less likely to develop rheumatoid arthritis.

A high consumption of olive oil has been shown to improve bone calcification. It helps calcium absorption and so plays an important role in aiding sufferers and in preventing the onset of osteoporosis.

9. Lowers risk of having a heart attack

According to CNN.com, “Consuming more than just four tablespoons a day can scientifically lower your risk of having a heart attack, suffering from a stroke or dying of heart disease, according to a recent study published in the New England Journal of Medicine.”

Related: How To Prevent Heart Disease In 3 Steps

Greek olive oil has a long history that begins in mythology, but lost none of its flavor as the years progressed. It’s a superfood that is a staple of some of the healthiest diets in the world, with a myriad of documented benefits. Consuming Greek olive oil is not only good for your health in the present, but in the future as well.

Chelsea Fuchs, MS, RD, CDN is a registered dietitian with a Master of Science degree in nutrition from Columbia University.  She currently works in the public relations industry, providing strategic nutrition communications counsel to food and nutrition clients. Prior to her work in public relations, Chelsea served as the associate editor for Joy Bauer, nutrition and health expert for the NBC Today Show.

Use These 5 Negative Emotions To Become Happier

7 Lessons We Can Learn To Heal Our Inner Child