Top Posts
24 Things That Will Make You Laugh (Even...
How To Deal With Bitter People
Having Family Problems? Here’s How To Fix Them
20 Easy Ways to Protect the Environment and...
5 Surprising Benefits of Training Your Glutes
5 Reasons Warm Weather is Good For Your...
8 Ways To Have A Super Relaxing Weekend
The Importance Of Being Grateful
QUIZ: What Workout Are You?
7 Healing Foods That Boost Metabolism
You are Here: Inspiyr > GET MOTIVATED > Cannonball Record Holder Chases His Dream Across the Country

Cannonball Record Holder Chases His Dream Across the Country

Can you imagine driving all the way across the country?

How about speeding across it at an average of 100 miles per hour?

Earlier this month, Ed Bolian, a 28-year-old Sunday school teacher, husband, and sales director, broke the “Cannonball Run” speed record driving coast to coast—2,813 miles. Bolian made it from New York to Los Angeles in only 28 hours and 50 minutes, beating the record by over 3 hours.

We caught up with Bolian to learn more about his dream—and to ask his advice for others who want to achieve their dreams as well. 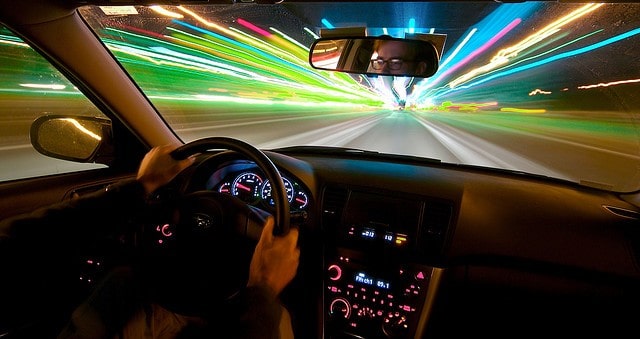 At what age did you know you wanted to beat the cross-country speed record?

When I was 18, I did a research project on automotive journalism as a senior in high school. I interviewed Brock Yates who was still affiliated with Car & Driver Magazine at the time. We talked about Cannonball and how the world had changed in 30 years. We talked about the record and whether 30 hours was possible. He said that it was in theory but that it would be difficult due to higher traffic volumes. I told him that one day I wanted to beat the existing record.

He did not acknowledge the record from the US Express events in the 80’s, but I knew that there was a bigger mark to beat for broader recognition.

So how—and for how long—did you prepare for this?

It was not until 2009 that I really decided to start preparing to break the record. I started to strategize and develop solutions for the litany of problems that a challenge like this entails. Car selection, countermeasures, fuel strategy, route, physical preparation, verification, legitimacy, and timing were all big hurdles to overcome—not to mention the expense.

Last year I bought a 2004 CL55 off of Craigslist that I wanted to use as a daily driver and for this eventual purpose. I had several people who had committed to help to prepare and to do the driving but getting them to actually contribute when it went beyond a conversation proved impossible.

Related: How to Overcome Limiting Beliefs

I ended up having to do all of the preparation on my own. I arranged the installation of all of the electronics at CarTunes and had all of the servicing done at RBM of Atlanta. Our Lamborghini technician, Charles, built the fuel system.

What was the hardest part?

Actually, getting to New York in a car that could do it with a team that was willing was the hardest part. We had the equipment, but at the last minute my co-driver and support passenger both backed out.

About 6 months before we left, Dave Black came to me and told me that he had seen the 32 hours 7 minutes documentary about the US Express and Alex Roy. He was so excited about the concept that I filled him in on our progress toward breaking the record.

How did you deal with…um…bathroom breaks?

We had facilities onboard—bedpans and urine bottles—but fortunately, they were not required. We took advantage of the opportunity during our 3 fuel stops and we stopped 5-6 times on the side of the road to switch drivers and relieve ourselves. Unfortunately, the home care supplies do not have a good return policy!

What kept you going during those 29 hours?

The preparation kept me going. Being right about what to expect kept me going. This kind of challenge is not dissimilar to anything else. The more you know going into it, the more likely you are to succeed.

The incremental milestones—legs where we averaged 105 mph+, the estimated time of arrival ticking down on the GPS, quick fuel stops, the conversations with people monitoring us from home, and the small victories along the way were great motivators to reinforce that the prep work had been worthwhile and effective.

Don’t evaluate yourself based on anyone else. The more off the wall your goals are, the more likely they are to be satisfying, and the less likely you are to have competitors.

If people don’t get why you want to do something or how you stay motivated toward a unique goal, then they will be critical, but if your motivation is external to those forces, then you won’t be swayed by the questions and the criticism.

What advice do you have for other people who want to go after their dreams?

Dreams are what define us. The lowest points in my life were the times when I didn’t have a goal or vision to aim for. The highest of highs was the mountain top experiences of achieving those goals that the rest of the world viewed as impossible.

The difficult thing is picking the right goals. Everyone has a New York-to-LA record that can define their existence for a decade. There is an Ironman, an Everest, a life change, or a mission that you should be working toward that will be more fulfilling than you could ever imagine.

Thanks Ed, and congrats on the record!

7 Ways to Stick to Your Diet at Thanksgiving