Top Posts
24 Things That Will Make You Laugh (Even...
How To Deal With Bitter People
Having Family Problems? Here’s How To Fix Them
20 Easy Ways to Protect the Environment and...
5 Surprising Benefits of Training Your Glutes
5 Reasons Warm Weather is Good For Your...
8 Ways To Have A Super Relaxing Weekend
The Importance Of Being Grateful
QUIZ: What Workout Are You?
7 Healing Foods That Boost Metabolism
You are Here: Inspiyr > GET HEALTHY > Off the Top Rope and Onto the Yoga Mat: Diamond Dallas Page Goes From Wrestling Champ to Fitness Guru

Off the Top Rope and Onto the Yoga Mat: Diamond Dallas Page Goes From Wrestling Champ to Fitness Guru

Fans of wrestling in the 1990’s to early 2000’s would be hard-pressed to forget Diamond Dallas Page aka DDP, 3 time WCW World Heavyweight Champion and lead man behind the Diamond Dolls. You may be surprised to find out what he’s up to today; leading a fitness revolution around a hardcore Yoga system designed for athletes sidelined by injuries who want to get back in the game.

We caught up with DDP (as his close friends call him) and discussed his secrets for success, along with the new program he calls DDP YOGA that he created to heal all the bumps, bruises and broken bones sustained while fighting to the top of the wrestling world.

Inspiyr: What’s the back-story with DDP YOGA? Why’d you create it?

DDP: I didn’t start wrestling until I was 35, and my career didn’t take off until I was 40. I was on top of the world and then blew out my back. Three of the best doctors in the country told me I was done. This was after signing a multi-million dollar deal in the WCW, but more important, I had just gotten to where I dreamed about since I was a kid. I couldn’t accept that it was over. 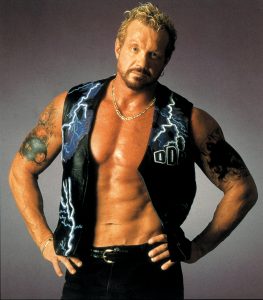 After getting all the medical advice I could stand, my former wife talked me into doing Yoga. Now I wasn’t the kind of guy to be caught dead doing yoga back then, but luckily she bullied me into trying it.

Back then, yoga was different. There were no modifications, and everybody studying had the flexibility of Gumby. But after doing a few weeks of it – making up my own modifications along the way – I started to feel better. I then began to add rehab techniques,  old-school calisthenics; pushups, crunches etc, followed by dynamic resistance.

I realized this modified yoga workout would strengthen your core like never before, give you flexibility, kick-ass cardio, and was virtually no impact.

In less than 3 months of doing this  DDP YOGA program, I was back in the ring. At age 42 they told me my wrestling career was over. At age 43 I was the champion of the world. I knew then that I created a program that didn’t just help me but could change the lives of others.

While the program really is for anyone and everyone, it works best for people whose bodies have been beaten up after years of high-impact exercise; running, jumping, etc but want to stay active. It’s for former athletes who want to stay athletes, or for people who are looking for a workout that doesn’t have the crazy impact of P90X or Cross-Fit.

Inspiyr: How are you feeling about this point in your life?

DDP: I started wrestling in 1990. In 1994 I was so sure I should get the opportunity to work on the top, but I wasn’t there yet. In 1995 I was even more sure, but still wasn’t there. 1996 came around and all of a sudden everything came to a head. Wrestling took off like it never has before. I rode this tsunami wave that was incredible. Come 1996, I was ready. And the rest is wrestling history.

With DDP Yoga I’ve invested the last 10 years of my life and over half a million dollars. I’ve poured blood, sweat and tears into this brand, and even though I’ve had setbacks, I’ve just kept moving forward the whole time. And now, all the hard work is paying off. I get emails from people who have gone through the workouts and tell me that it’s changed their life.

But it’s nowhere near where it’s gonna be. In 3 years DDP Yoga will be a household name. 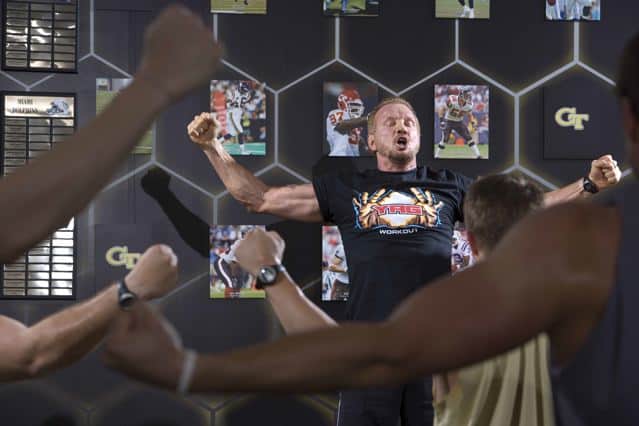 Inspiyr: What do you think are the key ingredients for success?

DDP: If you have a dream there are 5 things you need to know to be successful.

1. Don’t just think it, ink it. Write your goals down. Think about how much destiny has to do with writing or typing something down. I write down every single goal I have.

2. You’ve got to know it inside and out, as you created it.

3. You’ve got to work your ass off, day in, day out but to me, you’ve got to love it so much it never feels like work.

5. Lastly… Don’t quit. Just keep going. It takes a while to get to your goal. You’re gonna get knocked down, and when that happens just get up and keep moving forward.

That’s the secret to success.

4 Fun Ways to Exercise on Your Way to Work

10 Steps to Become a Magnetic Leader