Top Posts
24 Things That Will Make You Laugh (Even...
How To Deal With Bitter People
Having Family Problems? Here’s How To Fix Them
20 Easy Ways to Protect the Environment and...
5 Surprising Benefits of Training Your Glutes
5 Reasons Warm Weather is Good For Your...
8 Ways To Have A Super Relaxing Weekend
The Importance Of Being Grateful
QUIZ: What Workout Are You?
7 Healing Foods That Boost Metabolism
You are Here: Inspiyr > GET HAPPY > Want To Have The Best Memories Of Your Life? Then Put Down The Camera.

Want To Have The Best Memories Of Your Life? Then Put Down The Camera.

Peter learned a life lesson about appreciating beauty in arguably one of the most beautiful places on earth—Rocky Mountain National Park, outside Boulder, Colorado. Perhaps not too surprising a place to learn a lesson about beauty.

But the way he learned the lesson was far less expected: he forgot his camera. 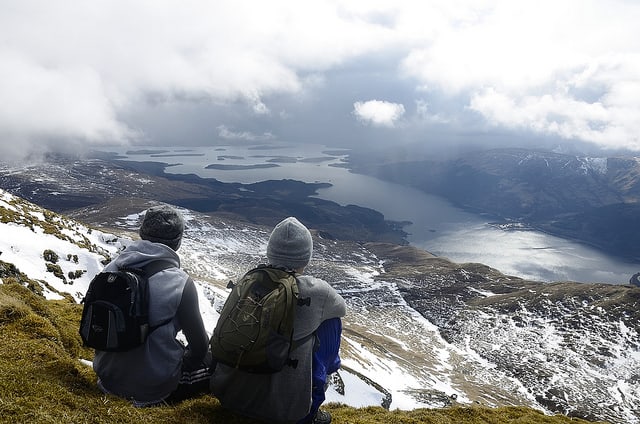 How Forgetting His Camera Taught Peter A Lesson

Peter visited the park the summer of 1983, just before his senior year of high school, as part of a two-week church trip.

On one of those days, their agenda was a full-day hike to Bear Lake, one of the most popular locations in the park. They left their campsite first thing in the morning and wouldn’t return until 4 p.m.

About one hour into the hike, Peter realized he’d left his camera in the tent. He was crushed. Of all the days to forget his camera, he had to pick the day of the hike to Bear Lake?

When they arrived at the lake, all the other kids began madly taking pictures of the amazing vistas. All he could do was watch. This was before the days of digital cameras, so it wasn’t like his friends could easily send him copies of their pictures. He simply wasn’t going to have pictures today.

So he decided to try something else. He sat down, faced out across the lake to the stunning mountain peaks on the opposite side, and just stared.

Then, he closed his eyes and tried to remember what he was just looking at. He couldn’t remember enough detail. So he opened his eyes again.

Then he closed his eyes again. He did this until he could see in his mind’s eye every jagged cliff, every snow-capped peak, the timberline where the trees stop growing and the barren rock begins, even the shadows of the clouds as they drifted across the side of the mountain.

Related: Live In The Now: The Top 7 Benefits Of Being Mindful

Thirty-two years later, Peter still has wonderful memories of that entire two-week trip. And he has hundreds of pictures he can show you if you have time for him to dig them out of a closet somewhere. But there’s only one scene—one amazingly beautiful scene—he can describe to you in breathtaking detail. And it’s Bear Lake. The only place in Rocky Mountain National Park he doesn’t have a single picture of.

To truly appreciate something of beauty requires the one thing we seem to have less and less of these days: focused attention. In a typical vacation, we’re so rushed to snap photos of every possible thing of interest that we fail to actually take interest in the things we’ve rushed to see. What Peter learned through that experience is the value of truly being in the moment. Stop. Truly see what you came to see. If you do it right, you won’t need pictures anyway.

From Cravings To Boredom, Here’s How To Find Out Why You Snack

Ommmm: How To Set Up A Meditation Group