Top Posts
24 Things That Will Make You Laugh (Even...
How To Deal With Bitter People
Having Family Problems? Here’s How To Fix Them
20 Easy Ways to Protect the Environment and...
5 Surprising Benefits of Training Your Glutes
5 Reasons Warm Weather is Good For Your...
8 Ways To Have A Super Relaxing Weekend
The Importance Of Being Grateful
QUIZ: What Workout Are You?
7 Healing Foods That Boost Metabolism
You are Here: Inspiyr > GET HEALTHY > The Best Natural Supplements For More Energy, Health and Vitality

The Best Natural Supplements For More Energy, Health and Vitality

Is your doctor quick to prescribe a pill whenever you complain of a cough, sniffle or sprain? With side-effects for most modern medicines often worse than the illness they claim to cure, lots of people are opting for natural remedies and supplements to fix what ails them. Inspiyr recently spoke with Jacob Teitelbaum, MD, best-selling author, and alternative healthcare expert. Dr. Teitelbaum shared advice on the best natural supplements, why you should watch out for inflammation, and his natural recipe for pain relief that is more effective than morphine. 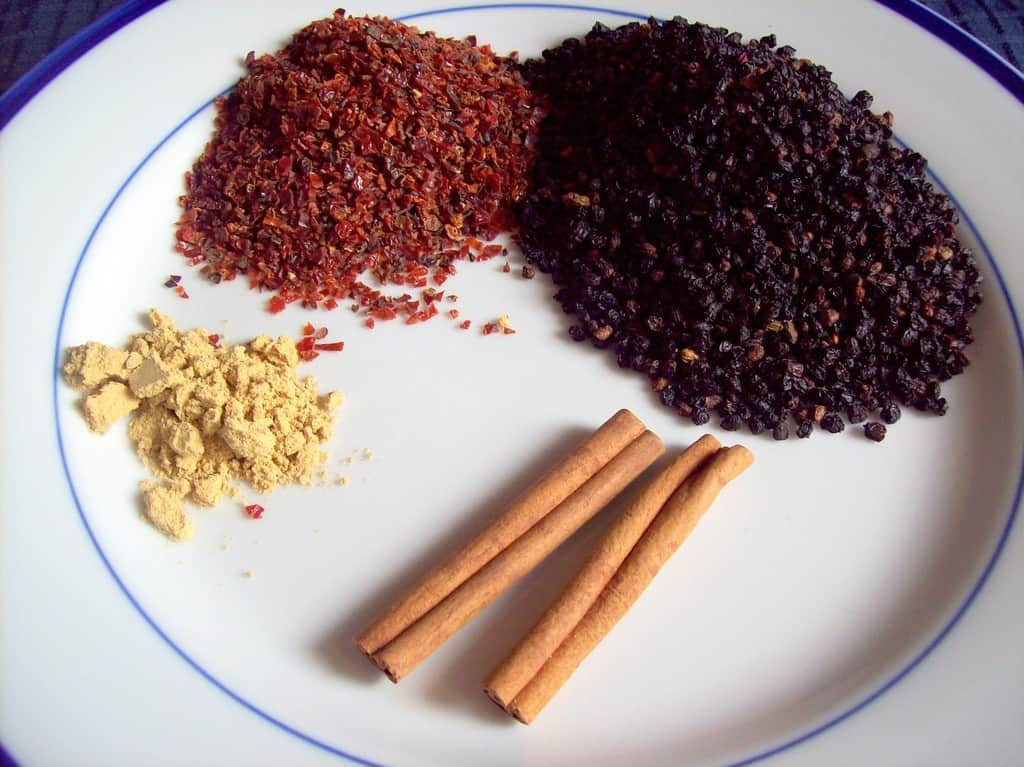 What do you think are the best natural supplements for men?

Well, let’s start with common problems. If you’re looking for something for pain, if you have a sore joint – I’d recommend curcumin combined with Boswellia, which is basically frankincense. It has to be in a form that’s highly absorbed, though. I don’t take any money from pharmaceutical companies or natural product companies. This is just part of my role as a patient advocate. You’ll find that I’m very quick to give a thumbs-up or a raspberry when it’s deserved.

I’ve been doing pain management for 35 years because of my fibromyalgia, and the single most effective thing I’ve found is an herbal mix by EuroPharma containing a special form of Curcumin, Boswellia, DLPA, and nattokinase. It can be taken with pain medications, but people need to know that standard arthritis medications, like Motrin, cause an estimated total of over 30,000 unnecessary deaths every year in the United States.

It’s kind of scary when you think about it. Studies have been comparing A special highly absorbed Curcumin and Boswellia mix against Celebrex – and it knocked the socks off of Celebrex in a head-on study. In chronic pain, I’ve seen the 4 item mix above be more effective than morphine, to put it into perspective. Another excellent mix? Willow bark, Boswellia, and Cherry.

I’m not against medications – there’s a host that I’ll use to treat pain, too. But most of the time I’d start with natural remedies first. Most pain can be treated naturally and effectively, but you’ll still need to give it time. You may see changes in a few hours, but it will build in effectiveness over about 6 weeks. Again, you can take these natural remedies with pain medications as well.

What else would you recommend?

For people with insomnia, there’s a mix of 6 herbs that will leave most insomniacs sleeping like puppies. It contains valerian, passion flower, wild lettuce, Jamaican dogwood, hops, and theanine.

For people who have low blood sugar or irritability during the day… that comes from excessive stress, the adrenal gland is our stress handler, adrenal support can be very helpful.

It’s funny when I was a kid, Madison avenue execs had the motto, “Sex Sells.” Now it’s “Fear Sells.” Sometimes I find myself longing for the old days. Now people are stressed out, they’ve exhausted their adrenal glands. If the reader finds that they get irritable when hungry, especially if they’re going to marriage counselors or divorce lawyers, they’re exhausting their adrenal glands and their “claws” are coming out. It happens more to the girls, frankly.

So, if the wife gets really irritable, give her adrenal support with a mix of Adrenal glandular, licorice, and Vitamins B5 and C. These support your adrenal gland and takes the edge off of those sugar highs and lows that stress people out emotionally.

For a good multivitamin, I like powders – I don’t want people taking 35 pills to get all the nutrients they need. So I recommend a high potency multi-vitamin/multi-nutrient powder, where one scoop replaces over 35 pills. I offer people a challenge – if they can find what you’d get from this one drink in less than 35 pills I’ll give them 100 bucks. I frequently put this challenge forth at conferences with some of the world’s leading nutritionists, and nobody’s been able to do it. Takes most people about sixty pills.

If people want a healthy energy drink instead of an energy “loan shark” drink, I take 2/3 scoop of this energy revitalization powder and a 5-gram scoop of a special nutrient called Ribose, add it in water, and it’s the best 30 seconds I’ll spend all day for energy. There’s a study that was just published six weeks ago – I was the lead author on that – that found that ribose increases energy an average of 61% in 3 weeks. I haven’t seen anything else do that. And it’s good, healthy energy, not like what you get from sugar or caffeine.

I’m not against a cup of coffee or two a day, it’s probably healthy, but when people reach for a pot of coffee because they’re tired, it starts to become an energy “loan shark.”  So that’s a simple energy tip – start that mix each morning and people will find that their energy will be skyrocketing, and it will be good healthy energy for them. 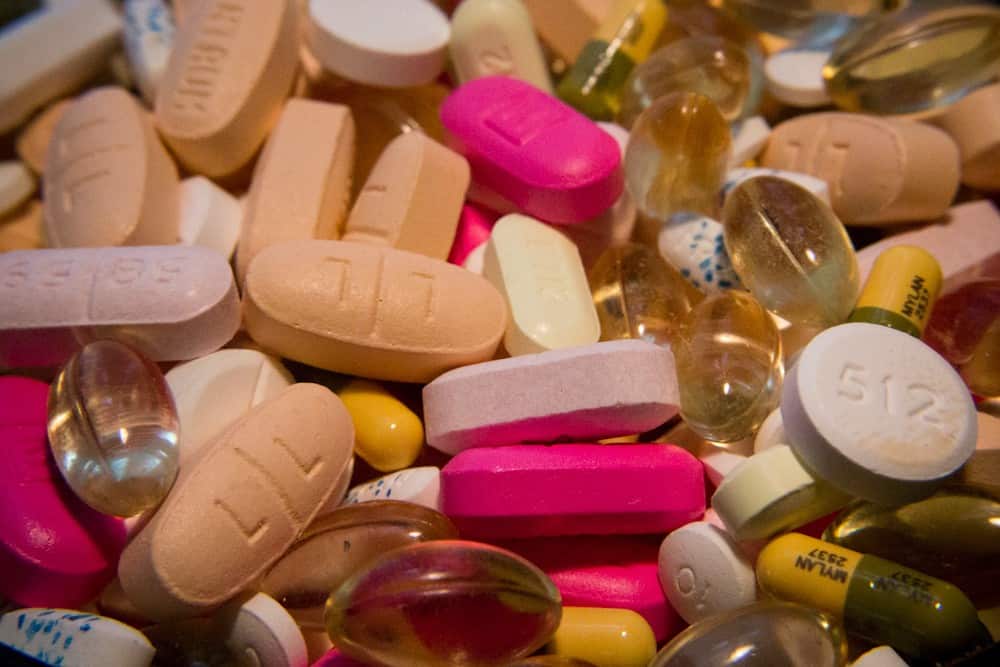 You’ve mentioned that inflammation is a cause of a lot of common diseases and health conditions. Can you tell us how guys might reduce inflammation?

Here’s the thing… inflammation, like pain, is a normal part of how our body maintains health. There are people born without the ability to feel pain, who become horribly crippled or even dead by their 20s. Pain is our body’s way of saying, hey, don’t put your hand on that hot stove, it’s not good for you. And inflammation is also part of our natural healing and defense systems.

When you sprain an ankle or get a cut, the inflammation puts the troops there to make sure they’re no infection, then puts the repair crews there, and that’s what the swelling is – the response vehicles getting in there to take care of things. But in modern society, the inflammation system is set on overdrive. Your body needs to balance inflammation. Too little, you don’t heal properly, too much and you get arthritis, heart disease, and other inflammatory conditions.

So, why are we seeing excess inflammation these days? Well, the main thing that controls inflammation in our body is the essential oils or essential fatty acids. Omega-3 acids, like the kinds found in fish oil, decrease inflammation, they’re anti-inflammatory. Animal fats, especially grain fat (rather than grass fat), produce arachidonic acid, which triggers inflammation. Those two systems aren’t in balance.

The bottom line is, we’re getting far fewer fish oils and far more grain-fed meat than 200 years ago. Because of that, our inflammation systems are in overdrive. There’s a simple test for this – the “papercut test.” Usually, when you get a papercut, it hurts for about 5 minutes, and then you forget about it. But if it’s still red and inflamed an hour later, your inflammatory system is on overdrive. A few simple things – eat more fish (not like the fried fish at McDonalds, that makes it worse).

Something like salmon, tuna, or sardines. If you don’t have a taste for fish and don’t want to be taking 8 fish oil capsules a day, there’s a special highly absorbed fish oil, where 1 tablet replaces 8 regular fish oil capsules. For most people, eating fish is a better alternative. Another thing – cut back on sugar. If inflammation is still a problem curcumin, Boswellia, and willow bark will cut back inflammation. 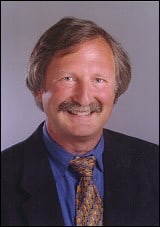 How does gluten impact inflammation? That’s something we’ve been hearing more about lately – gluten-free diets are supposed to be better for us.

It’s complicated, but let me try to make it simpler. What’s causing the American epidemic of indigestion is not too much stomach acid, but rather it’s poor digestion. Food is sitting in the stomach too long and causing reflux and pain. One of the reasons we have poor digestion is that food processors destroy the enzymes that are normally in our food. If you destroy the enzymes, food has a longer shelf life. An ear of corn has a shelf life of 5 days, whereas Corn Flakes and Rice Krispies have a shelf life of 5 millennia. Unfortunately the food also then becomes indigestible.

If you don’t digest the gluten protein, it has a big chunk that gets absorbed, mimicking the hormone that promotes inflammation in the body. That hormone is called endorphin, which we tend to think of as a good thing – the runner’s high hormone. But it needs to be kept in the right part of the body. When it’s in the bloodstream, it triggers inflammation. So, some people need to cut back on gluten, but a more important thing is to take plant-based digestive enzymes with meals if you have indigestion or food sensitivities.

If you take these plant-based enzymes, you’ll find that you can digest your food without having allergies. In addition, helping stomach acid function by taking some betaine HCl tablets or 8 oz of diet cola (refrigerator cold is better than on ice) can help digestion. Why the diet cola? Because it is as acidic as stomach acid!

The problem with our gut with poor digestion, as well as what is called leaky gut, is at the root of most of modern man’s diseases. People used to die of starvation or injury – fast forward to 300 or 400 years ago, we had farms and reliable food sources, so the problem became infection as the main source of death. Now we have antibiotics and are moving to immune problems. Inflammation associated with immune problems is the number one area that is killing people, whether you’re looking at heart attacks, cancer, Alzheimer’s, or fibromyalgia, it’s an immune system gone wild in large part because of poor digestion of food.

Thanks for the advice Dr. T…

The Secret To Getting Ahead at Work

Can Guys Have Menopause?