Top Posts
24 Things That Will Make You Laugh (Even...
How To Deal With Bitter People
Having Family Problems? Here’s How To Fix Them
20 Easy Ways to Protect the Environment and...
5 Surprising Benefits of Training Your Glutes
5 Reasons Warm Weather is Good For Your...
8 Ways To Have A Super Relaxing Weekend
The Importance Of Being Grateful
QUIZ: What Workout Are You?
7 Healing Foods That Boost Metabolism
You are Here: Inspiyr > CAREER & MONEY > Who’s a Better Business Owner – Men or Women?

I recently took a look at the annual Fortune 500 list of American corporations with the highest revenue. Upon first glance, I didn’t really encounter anything out of the ordinary, but indeed, there was something interesting that I discovered when looking at these mega corporations and their CEOs. The vast majority of the chief executive officers were men. So, this led me to wonder why, at a time when there has been so much speculation about the changing roles of men, they still maintain so much clout and power in the business world. Are men naturally just better business people, or is the business world yet another industry where men are losing majority control? 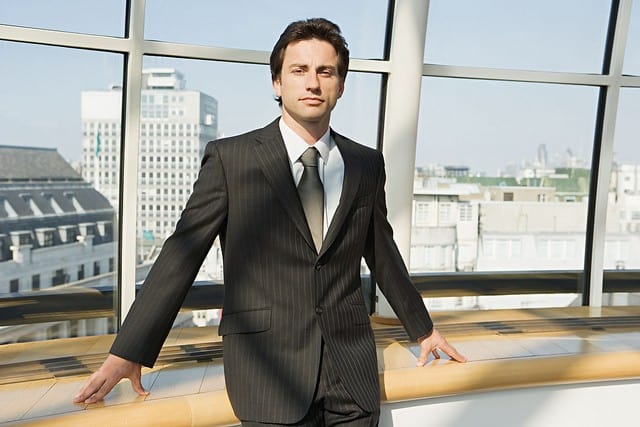 What The Stats Shows

Before analyzing this pressing question, we should look at some numbers. On the Fortune 500 list, 18 of the top 20 corporations have male CEOs; the exceptions are Hewlett-Packard’s (#10) Meg Whitman and IBM’s (#18) Ginni Rometty. But perhaps focusing on executive leadership in large corporations isn’t playing fair to women; the business world is still dominated by men and it’s possible that women don’t really have a fair chance at getting ahead.

By looking at how the number of female entrepreneurs compares to the number of males, a more precise understanding can be achieved. Today, about 30% of all businesses in the United States have women as the majority owner; this number is higher for businesses owned by both males and females. In addition, men employ about a million more workers than women, insinuating that men own firms of bigger size. Evidently, this leaves men as the gender with the highest number of business owners.

But these figures don’t tell the full story. Although females only own a quarter of businesses, there are certain industries where they have market control. For example, 52% of health-care and social assistance sector businesses are owned by women. A recent Forbes article claims that women are starting a new revolution, venturing out of the traditional workplace and into businesses that they own. The article claims that women will produce over half of the “9.72 million new small business jobs expected to be created by 2018.” This is a dramatic statement, especially when considering the millions of men who already own the majority of businesses in the United States.

So, is there any truth to the idea that men are intrinsically better business owners? Well, it’s possible that their actions, ideas, and processes are more conducive to running a business. For example, women are often more critical of themselves, while men generally do a better job at focusing on what they have – not what they lack. While a woman may have the qualifications to be an entrepreneur, she may become discouraged by focusing on what she doesn’t have. Men find one positive characteristic about themselves and run with it. Also, men often value speed over efficiency.

While women may take more time sifting through a list of options in order to find the best one, men often shoot first and think later. These traits compliment some of the most important components of entrepreneurship, where speed and risk-taking are invaluable assets essential to the job.

With all the recent hype about the changing role of men, things can seem pretty bleak. But, there’s no reason to make a big deal about the future of men in the job market; they can withstand any changes because they have the mindset to succeed. For now, it seems that men will continue to dominate in business ownership. And although the role of men in the future business arena is one that is uncertain, one thing is for sure: they’ve got the mindset and risk-taking abilities needed to succeed.

3 Women-Dominated Jobs That Are Great For Men

How to Create Good Luck in Money and...

How to Gain Credibility in Everyday Conversation

4 Ways to Get Ahead in Your Career

What Are The CreativeLive Money & Life Classes...

Structured Settlements: How Can They Work For You?

How to Say “No” at Work Without Upsetting...