Top Posts
24 Things That Will Make You Laugh (Even...
How To Deal With Bitter People
Having Family Problems? Here’s How To Fix Them
20 Easy Ways to Protect the Environment and...
5 Surprising Benefits of Training Your Glutes
5 Reasons Warm Weather is Good For Your...
8 Ways To Have A Super Relaxing Weekend
The Importance Of Being Grateful
QUIZ: What Workout Are You?
7 Healing Foods That Boost Metabolism
You are Here: Inspiyr > GET MOTIVATED > A Simple Lesson About The Power of Words

A Simple Lesson About The Power of Words

In France, young men between the ages of 18 and 22 serve a mandatory year in military service.

So it was for a young Parisian, Henri-Jacques Letellier, when he was of age. He was assigned to Camp de la Horie, in support of the 1st combat helicopter regiment near Phalsbourg, in the northeast of France. Because he had just completed two years of medical school, he was assigned to be a medical assistant in the infirmary, alongside a dozen other young men his age. 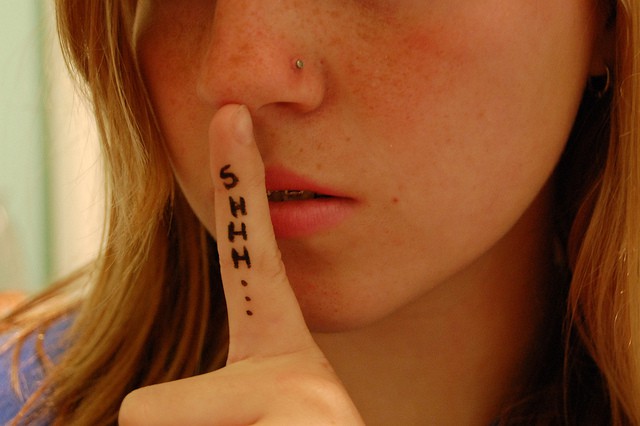 At the time, almost all service personnel on the base were male. So it was a notable event for a woman to enter the hospital for any reason.

But a few times a year, it did happen. One such occurrence turned out to be so notable that thirty years later, Henri-Jacques still remembers it like it was yesterday.

The Woman In The Military Hospital

She was an average-looking woman in her forties, in for what was probably a routine checkup. For a group of young, single men confined to a military base without the company of women, it takes very little to turn the conversation to their baser instincts. While she was with the doctor, the boys all traded crude comments about what she might look like undressed, or the kind of things they’d like to do with her in bed, all the while having a good laugh.

As soon as she left, they noticed something was wrong. The ambiance had changed. Their boss, the administrative officer of the infirmary, seemed to have changed his mood for the worse.

It didn’t take long for them to find out why. Around five o’clock, quitting time, he stopped to talk to his staff on the way out. He said, “I’m leaving, boys. And by the way, I have something to tell you. I overheard you talking about one of our patients while she was with the doctor. I wanted you to know that she’s my wife.”

And without saying another word, he turned and walked out.

Dealing With The Shame

A room full of guilt-stricken young men stood motionless and in silence. Their eyes exchanged glances as if to ask, “Did that really just happen? Did we really just insult our commander’s wife in front of him?” They spent the next few minutes debating what to do. How could they possibly restore their relationship with him? They wondered if he would even talk to them the next day. Would there be any consequences? Would he refuse to authorize their weekend passes?

After some debate, their concern turned from themselves to the party they offended. What kind of evening would he have tonight with his wife? Would he look at her differently now? Would his thoughts linger on the distasteful way they described her? Would he tell her what he heard? Or would he suffer in silence?

The next day they tried to pretend nothing happened. It didn’t work. It felt like walking on eggshells every time they passed him in the hallway. Their guilt continued to escalate.

After three days, some of them couldn’t take the tension any longer. They approached their boss and humbly apologized. To their relief, he accepted their apology. But he took the opportunity to remind them how hurtful their words could be, even if they never got to the person they were talking about.

The Second Shock Of The Week

The following week, the officer called the young men together. He let them know he’d noticed a change in their behavior, and he commended them on the improvement. They’d suffered long enough. So he let them in on his secret. “The truth is, that woman is not my wife.”

The young men found this almost as shocking as when he first told them she was; but instead of feeling duped, they were grateful he cared enough about their character to intervene. They were relieved. While they had still insulted that woman, at least it wasn’t their boss’s wife.

What his revelation did not do, however, was undo the valuable lesson they all learned. It didn’t matter that she wasn’t his wife. She was someone’s wife. And she was someone’s sister. Someone’s mother. And someone’s daughter. And she deserved more respect than they had shown her.

After three decades, this remains perhaps the most important, and certainly most memorable, lesson Henri-Jacques learned in his military career.

The 4 Components Of A Successful Life

5 Reasons You Need To Love Yourself