Top Posts
24 Things That Will Make You Laugh (Even...
How To Deal With Bitter People
Having Family Problems? Here’s How To Fix Them
20 Easy Ways to Protect the Environment and...
5 Surprising Benefits of Training Your Glutes
5 Reasons Warm Weather is Good For Your...
8 Ways To Have A Super Relaxing Weekend
The Importance Of Being Grateful
QUIZ: What Workout Are You?
7 Healing Foods That Boost Metabolism
You are Here: Inspiyr > GET HAPPY > 3 Lessons We Can Learn About Relationships from Gwyneth Paltrow and Chris Martin

I attribute much of my success as a divorce attorney to one of the greatest lessons I’ve learned, which is that everyone has a story to tell.

I have always found it fascinating to strike up conversations with random strangers, whether it be the crossing guard outside my elementary school (who did a tour in the Gulf War) or the mysterious maintenance guy working on our law school campus (who cultivates award-winning orchids in his spare time).

Life is all about perspective, and if you allow yourself freedom from judgment, you will be absolutely astounded at what you can learn. 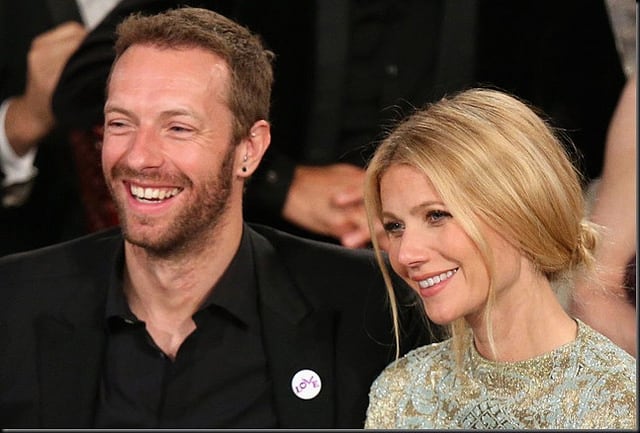 The majority of Americans, especially in today’s social media world, live vicariously through the lives of others—especially those of the Hollywood variety. We get so involved in their personal happenings that it’s only logical to feel a tinge of jealousy when flipping through photos of, say, Kimye’s whirlwind romance with Kanye.

Let’s be real, who can really bicker over routine relationship issues when you’re sipping Cristal out of a diamond goblet in St. Tropez?

With all of that fantasy being constantly shoved down our throats, it was oddly refreshing when word spread about Gwyneth Paltrow and Chris Martin’s “conscious uncoupling.”

Of course, it still may be difficult to draw the parallel between the demise of a Hollywood starlet/international rock star and your own break-up. Still, with a little bit of that perspective, I mentioned earlier, you could do yourself a solid by taking a page out of their book.

Too many times, whether it’s a celeb power duo or just the couple down the hall, people are too afraid of change to face their problems. The end of a relationship should never be seen as a failure.

Related: How to Argue in a Relationship

Break-ups happen for a reason, and instead of living in denial and waiting for one party to stray or allowing resentment to build until one of them exploded, Gwyn and Chris chose to take time to evaluate their issues and ultimately decided that their lives would be better spent apart.

2. Be mature enough to accept that things don’t always turn out the way you expect them to.

Every relationship you go through provides insight and, in turn, personal growth. If you’re lucky, you may even end up with two adorable, regrettably named kids as a result of your union.

Related: How to Raise Happy Kids

Appreciate your time together, and when it’s over, be thankful for the memories. In the end, the only person you are hurting by holding on to anger is yourself.

There’s no denying that break-ups are tough. If the couple formerly known as the Martins can keep their integrity, there’s no reason you can’t put on a smile on your face and trust that the world has bigger plans for you. Happiness is within your reach; all you have to do is come to terms with the fact that it may look a little different than what you always imagined.

In terms of relatability, celebrities like Gwyn and Chris can seem light-years away, but they can really give us some insight. Relationships can be hard, and breakups can be harder. It can be difficult to remember to face your problems, be mature, and put a smile on your face…but Gwyn and Chris serve as a pretty good reminder that there’s always a bright side. 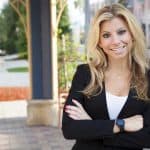 Before embarking to Florida to attend the University of Central Florida, Jordan grew up in Cincinnati, Ohio, where she earned her bachelor’s degree. She continued her education at the University of Miami, School of Law, where she obtained her Juris Doctorate. For nearly a decade, Jordan has practiced divorce, child custody, and property division at The Law Office of Jordan Gerber, P.A.

11 Ways to Make Your Snacking Healthy

This Happy Dog Will Put A Smile On Your Face