Top Posts
24 Things That Will Make You Laugh (Even...
How To Deal With Bitter People
Having Family Problems? Here’s How To Fix Them
20 Easy Ways to Protect the Environment and...
5 Surprising Benefits of Training Your Glutes
5 Reasons Warm Weather is Good For Your...
8 Ways To Have A Super Relaxing Weekend
The Importance Of Being Grateful
QUIZ: What Workout Are You?
7 Healing Foods That Boost Metabolism
You are Here: Inspiyr > FITNESS > I HATED Yoga Until I LOVED It

I HATED Yoga Until I LOVED It

Yoga at first was the worst. I hated everything about it. My teacher, first and foremost, I loathed her. The smelly gym that class was held in, yuck. The pain my body went through to contort into poses, awful. The stillness, don’t even get me started on the freaking stillness, I mean seriously, the worst.

I took Yoga for my gym credit in my senior spring at Boston University and much to my chagrin I couldn’t graduate without it. So I stuck with it. Three times a week for four months I stared at my teacher with absolute hatred because the only alternative was to quit and tell my Dad I failed Yoga and wouldn’t be graduating. Can you imagine, how pissed he would have been? I mean really pissed. So I kept going, even though I hated it.

To seal the deal on how much I hated my Yoga Teacher one day before class I walked into the changing room and she was there meditating, naked. Naked. Want to flip a twenty-year-old student out-do that and then come in fully clothed and teach your class as though nothing has happened.

I didn’t count down the days to graduation. I counted down my remaining Yoga classes. There weren’t even cute clothes back then. Yoga pants did not exist. Dance pants were the closest option and most of us in Yoga class were in old sweats with heavy waste bands and words on our butts.

By the end of my semester, my body was much more balanced, my shoulders (a long-standing point of discomfort) had relaxed because my overall tension decreased, and I defaulted to a deep breath when I realized I was feeling stressed. The power of habit had snuck in without my even realizing and Yoga had made itself a little homestead in my world. Repetition has power and three days a week for four months had impacted my body, mind and spirit.

After I finished college. I drove west to New Mexico to work with historical Native American Ceramics. I didn’t know a single person. It was a stressful transition and in order to live out there, I was riding the poverty line. After food and shelter, there was nothing left. To entertain myself I hiked in the desert daily. Afterwards, I would “stretch” but my stretching was Yoga. Without even realizing I was doing it, I used the poses, the breathwork and the meditation practices that I had suffered through. My practice for years was entirely personal. I did it daily but I never referred to it as Yoga.

Every once in a while I would go to a Yoga class. But invariably I didn’t connect to the teacher and spent half of the time wondering how much longer the stupid class was going to be. I didn’t like chanting, breathwork, long holds, sitting still or anything related to touching another student. It took me a long time to realize that usually, the medicine is in the practices that make us the most uncomfortable. If we are always comfortable we never change.

In 2001, I shifted to Pittsburgh for a graduate program at University of Pittsburgh. Another move without knowing a single person, and then three days after arriving, September 11th happened. For the first time in my life, I understood why people might turn to Church. To have a community that day, I went to Yoga class. It was an incredibly moving practice and from moment to moment, I was completely hooked by Yoga. The direction of my life was shifted and while I finished my Master’s I also knew that my career would be in the healing arts. The aspect of community is a beautiful part of the Yoga practice. A room full of people breathing, moving and meditating together creates a powerful generator of energy, hope, and healing.

When a beginner comes to one of my classes now, I am always so excited. I make a point to tell, them if you hate this class that is fine. But try others, go to different classes, experience different styles, give several teachers a shot. Yoga is vast and there are many different versions of it, the trick is, to find the version of Yoga that speaks to you. 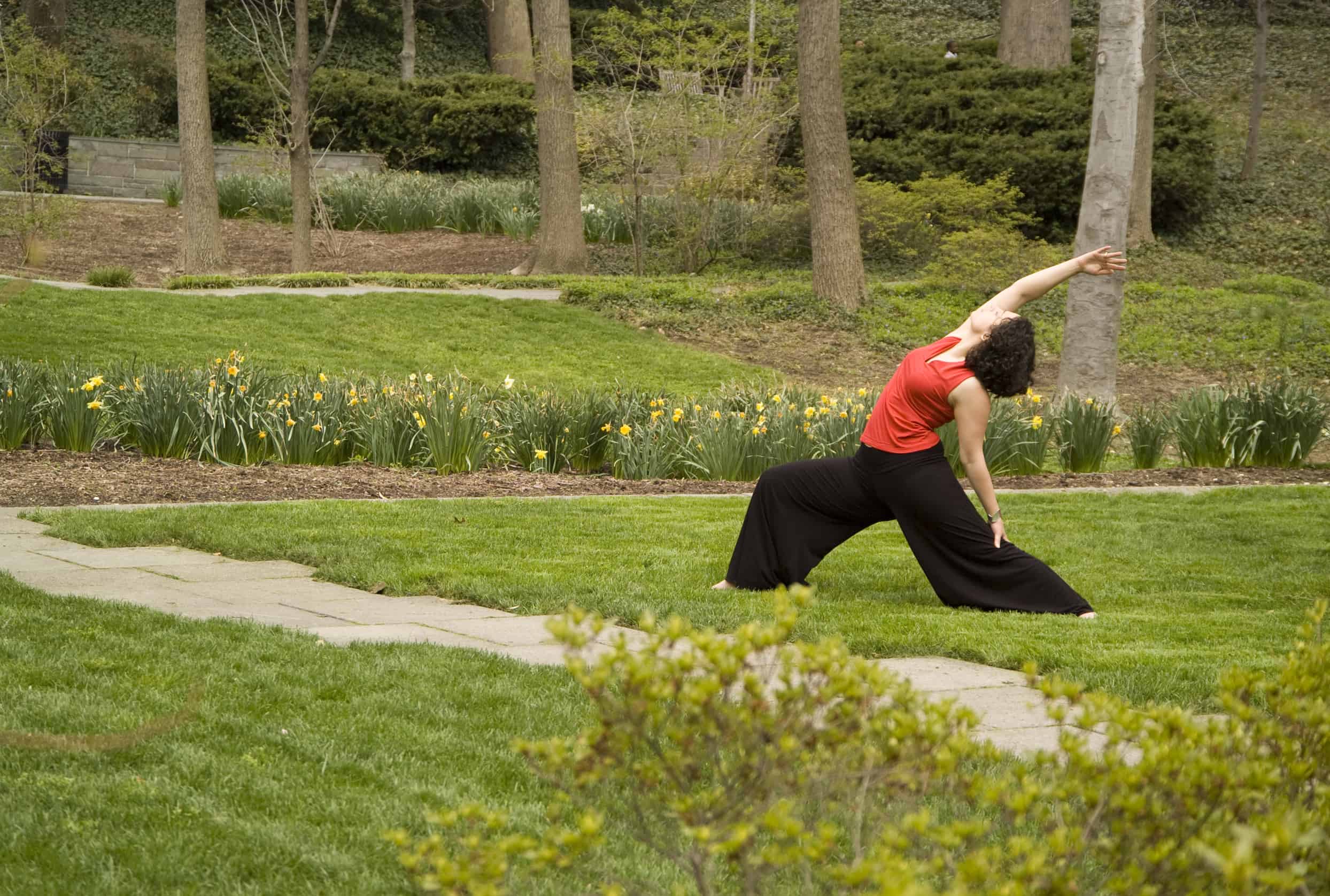 Brianna Bedigian is a writer, teacher, and intuitive healer. She is also the Author of the book, “Healing: Footstep to Footstep” which chronicles the methods, meditations, and food she used to recover from Chronic Fatigue syndrome 15 years ago. Bedigian utilizes Hypnosis, Yoga, and Reiki in her workshops across the East Coast.

Hidden Sources of Sugar and How to Eliminate Them

Sunday Meditation: How To Begin