Today, the number of people telling other people they should meditate seems to be rapidly rising. Everybody thinks you should do it; that untold benefits await if only you can set aside a tiny bit of time to sit quietly and focus.

As a scientist, the popularity of meditation is a cause for skepticism. The question I’d like to ask and go some way towards addressing in this article is: Are any of the claimed benefits of meditation supported by scientific research?

Because relatively speaking, as far as self-improvement techniques go, meditation has been studied heavily.

The good news is that, yes, some of the claims for the benefits of meditation are supported by quality research. The bad news is that there is more we don’t know than what we do know.

The additional good news is that even short-term training results in some benefit to the meditator. The other bad news is that the benefits show huge variation according to the time of practice, level of mastery, type of mindfulness or meditation method, among others.

Come with me down the rabbit hole of meditation research and decide for yourself whether meditation is worth the investment of your time, perhaps your money, or if nothing else, your hope.

First, What Actually is Meditation?

“Meditation can be defined as a form of mental training that aims to improve an individual’s core psychological capacities, such as attentional and emotional self-regulation” (Tang et al 2015).

What most authors agree with:

From this, we have some important elements to work with the following sections:

Meditation causes acute and chronic functional and structural changes in the brain that “make sense” concerning the observed effects but are still not enough to positively claim they are responsible for them.

Tang and collaborators (2015) suggested that different levels of expertise were correlated to different effects of meditation in the following manner: 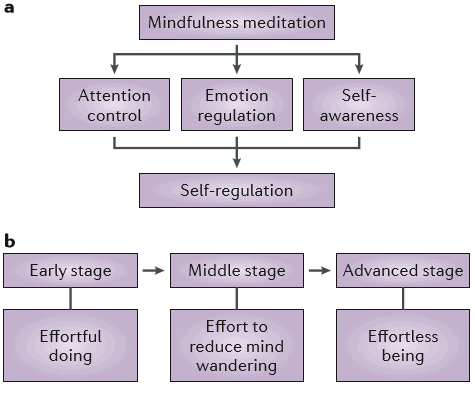 It seems that most of the beneficial effects observed in laboratory studies derive from the self-regulation effect produced by meditative practices. Those, in turn, are a result of heightened attention. 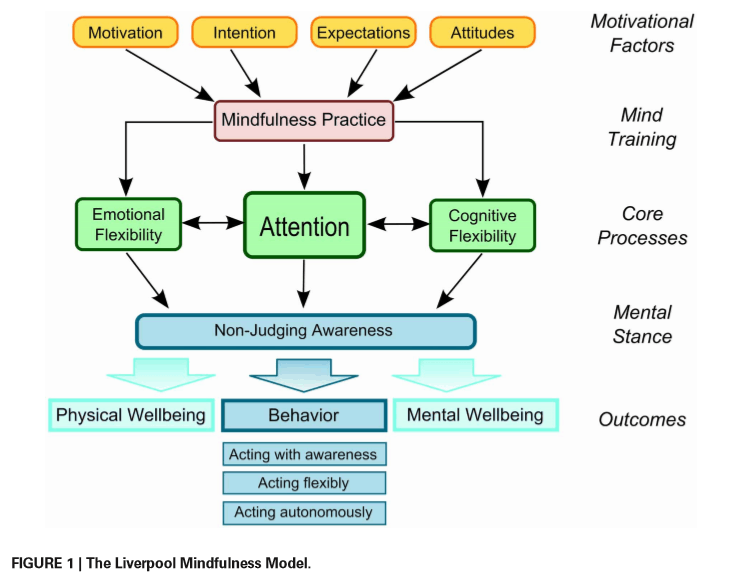 The established benefits I’ll discuss below come primarily from three meta-analytical studies (studies that compare a large number of research publications). They all point to the same conclusion: meditation can result in the reduction of many different negative effects of psychological stress and anxiety. They do differ in how important this effect is.

However, they observed the level of standardization and control was low, compromising the results of any analysis. Self-selection of interventions, varying levels of familiarity with the methods employed, among other issues resulted in biased results. Khoury et al (2013) conducted a meta-analysis including 209 studies with 12,145 participants with a variety of disorders. Their conclusion was that mindfulness-based therapies (meditation) were “an effective treatment for a variety of psychological problems, and is especially effective for reducing anxiety, depression, and stress”.

The same group published another meta-analytical study two years later (Khoury et al 2015) about mindfulness-based therapies and stress reduction. They concluded that “MBSR is moderately effective in reducing stress, depression, anxiety, and distress and in ameliorating the quality of life of healthy individuals”.

Most of these studies involved short-term meditation training and practice. Note that in a former review, we were able to compare short-term novice meditators with experienced meditators and the results are very different.

All that said, here we are at the benefits of meditation that are best established by research.

Considering these comparative studies, it is almost obvious that meditation is helpful in anxiety disorders even in short-term instruction meditators. Studies have shown the main biomarkers for anxiety to be significantly reduced in the meditators groups (Hoge et al 2017, Kieran et al 2017). Studies have also shown meditation to reduce anxiety symptoms in panic disorder patients (Peterson and Pbert 1992).

Studies have shown potential benefits to people suffering from cardiovascular diseases. Some studies indicate a reduction in systolic and diastolic blood pressure. It is important to emphasize that most of these effects are a result of the self-awareness and stress reduction promoted by meditation.

Understanding how meditation helps chronic pain is a result both of research on the complex mechanisms of pain as on the neurological mechanisms of mindfulness. Studies have shown meditation can be helpful to different clinical pain conditions, including fibromyalgia and irritable bowel syndrome.

Is meditation helpful for the average person?

The effects of meditation, or mindfulness approaches, are real. Probably all of them derive from the self-regulation, attention pathway. It is no wonder that it has been shown to benefit such a wide variety of disorders and conditions, and even improve normal, healthy performance (Carter & Carter 2016, Innes et al 2017).

All the research about meditation shows that even for novice meditators, it is an interesting tool for many serious discomforts in chronic illness and stressful life in general. But there is a problem: novice or not, meditation requires a change in attitude, the adoption of new habits and training.

The bottom line is this: Meditation is great; just don’t expect miracles. You won’t become significantly happier, smarter, pain-free or cure your insomnia. And don’t rely on it as your main therapeutic approach to a serious illness.

If you’re cool with all of that, give meditation a try. You might just love it. 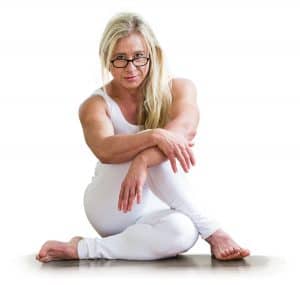 Article was written by Marilia Coutinho.

“Marilia Coutinho is a Brazilian researcher, university professor and regular contributor at Healthy But Smart where she reviews research on popular health claims.”