Top Posts
24 Things That Will Make You Laugh (Even...
How To Deal With Bitter People
Having Family Problems? Here’s How To Fix Them
20 Easy Ways to Protect the Environment and...
5 Surprising Benefits of Training Your Glutes
5 Reasons Warm Weather is Good For Your...
8 Ways To Have A Super Relaxing Weekend
The Importance Of Being Grateful
QUIZ: What Workout Are You?
7 Healing Foods That Boost Metabolism
You are Here: Inspiyr > GET MOTIVATED > 11 Quotes Lance Armstrong Should Have Lived By

11 Quotes Lance Armstrong Should Have Lived By

The recent allegations against Lance Armstrong sent shockwaves through the cycling and sports community. Armstrong, a seven-time winner of the Tour de France has been persistently pursued to come clean about his blood doping and use of performance enhancing drugs (PEDs). In an interview with Oprah Winfrey, Lance had an opportunity to come clean and make right with his fans and fellow competitors. Unfortunately, that didn’t happen. 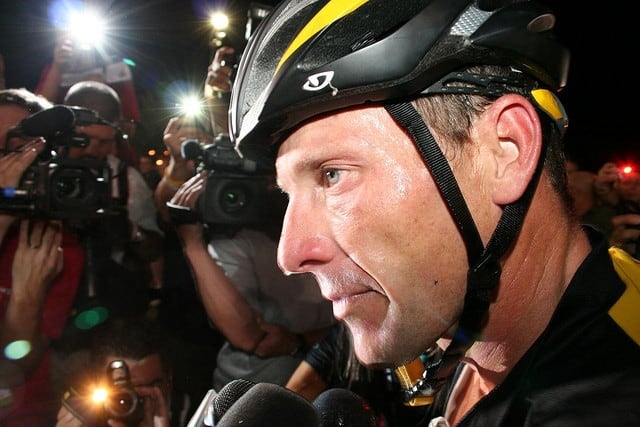 Lots of people wonder how he hid his blood-doping for so long, why he didn’t come clean, and, well, just what the heck he was thinking. We can’t tell you that…but we can tell you that if he followed these 11 quotes from some great thinkers, he’d probably be sleeping a lot easier right now.

1. “The riskiest thing you can do is get greedy.” ~ Lance Armstrong

5. “It is the highest form of self-respect to admit our errors and mistakes and make amends for them. To make a mistake is only an error in judgment, but to adhere to it when it is discovered shows infirmity of character.” ~ Dale Turner

9. “Slander cannot destroy an honest man – when the flood recedes the rock is there.” ~ Chinese Proverb

10. “One of the hardest things in this world is to admit you are wrong. And nothing is more helpful in resolving a situation than its frank admission.” ~ Benjamin Disraeli

11. “Always tell the Truth. That way, you don’t have to remember what you said.” ~ Mark Twain